Alignment key for Boks as international season prepares to get underway

Despite having a large number of new faces, none of them are expected to feature in the opening few matches. 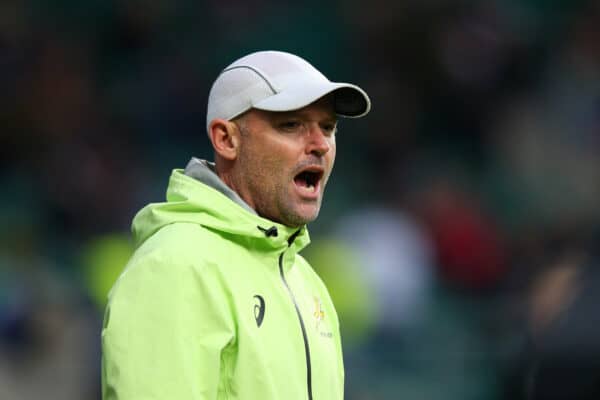 Springbok coach Jacques Nienaber believes that getting his team aligned as quickly as possible will be key in how successful the team is over the coming international season, starting with the three Test incoming series against Wales.

With all of the South African and Japanese bases Boks having joined up their preparation camp, only the English and French based players have not been released and will join up at the start of the international window next week.

This year’s squad features a number of new players who have been rewarded for their form over the season and getting them up to speed with the Bok style is paramount.

ALSO READ: SA loose forwards lining up to get into Boks

“I think if you look at the squad we’ve selected it is a feather in the cap of the selectors. The players that they have selected for this squad are all in form. The challenge for us now from a coaching perspective is to make sure that we align them,” explained Nienaber.

“They have been coached by their franchises now for quite some time and they would be used to those systems. So our challenge is to align them with us.

“Some of the players who are coming in have been a part of us for about 50 to 60 weeks, which is about 40 Test matches, since 2018. So there alignment will come a bit quicker due to experience having worked with us before.”

Nienaber added: “Some guys, although they are in form will come into our environment and are not used to how the Springboks do things and our challenge is to make sure that we bridge that gap as quickly as possible.

“I think it is our responsibility as coaches, leaders and management and also the player’s responsibility to take ownership of that and get aligned as quickly as possible.”

Despite having a large number of new faces, none of them are expected to feature in the opening few matches, however performances by the main team and injury will play a part in when they will be blooded over the season.

“We have a plan with the players. We have hopefully three SA A games in November coming up, which will give us a great opportunity to expand and be a little bit creative in terms of team selection,” said Nienaber.

“We have a working plan currently for the year, where we would like to play players but that plan changes quickly depending on the results and injuries.

“If there is an opportunity to expose players to the highest level of international rugby then we will take that opportunity, but again it will be determined by injuries and momentum that we build.”