Horrendous refereeing is a cry for help – Rulani

Orlando Pirates’ interim coach, Rulani Mokwena has called for support for the referees amid the criticism that local match officials have been under for wrong calls. 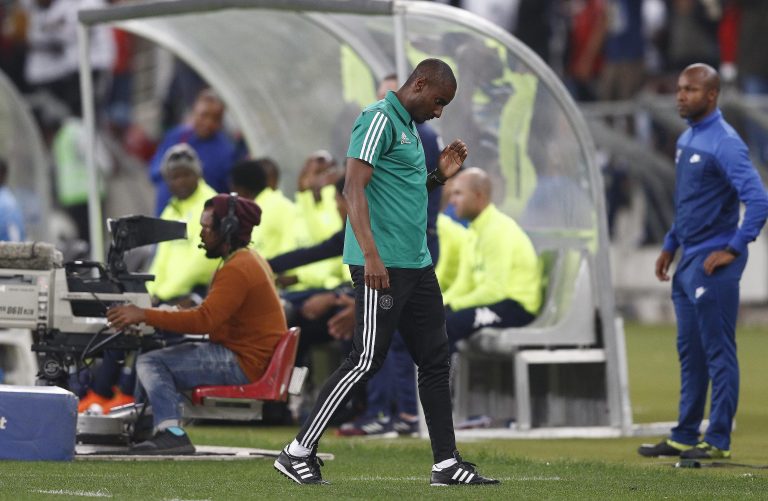 The refereeing errors are increasing with each match played this season.

Mokwena’s team were also beneficiaries of the mistakes when they won through a goal that he admitted should not have been allowed to stand in Tuesday’s 1-0 win over Highlands Park in the league.

“I think what is happening in the country is sad,” he said on Thursday. “I have had the opportunity to watch the Highlands Park match. Before when I was asked about the goal I hadn’t seen the clips – of course a clear off side,” admitted Mokwena.

He also admitted that his striker and scorer of the offside goal, Tshegofatso Mabasa should have been sent off for his dangerous two-footed tackle of Lindokuhle Mbatha early in the game.

“We have to be honest with our assessment because if not then the players look at you and wonder what kind of leader they have. They then question your credibility,” he added.

Mokwena said he doesn’t like talking about match officiating but felt the growing harrowing mistakes are a certain cry for help.

“I have been very vocal about this and I said I will not talk about the referees because they make mistakes. Everybody makes mistakes.

“But I think what is happening is a clear signal for assistance. They are crying out for help. I don’t know what help that is. It could be technological or more resources added.

“I don’t know whether it is deliberate but the cry is very loud. And they need support at this moment they don’t need us to be bashing them.”