Ezenkosi are second from bottom in the GladAfrica Championship standings with five games to go before the end of the season. 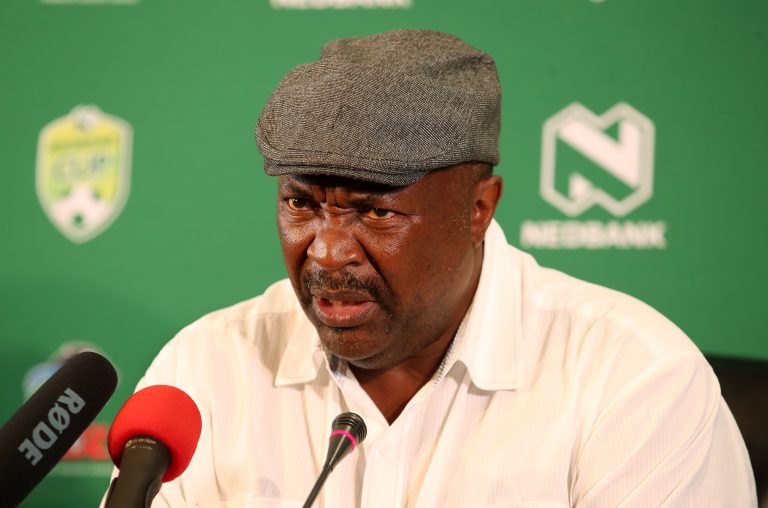 For a moment, it looked like Jomo Cosmos would walk away with the full points as they led 1-0 at half time against Tshakhuma Tsha Madzivhandila in their GladAfrica Championship match on Tuesday afternoon.

READ: Uthongathi escape with a point at JDR Stars

But two second half goals by Tshakhuma put paid to that, leaving Ezenkosi second from bottom in the standings. Coach Jomo Sono, however, remains hopeful of escaping the dreaded axe.

“I know we are second from bottom, (but) I’m positive that this team will survive based on the way we played today,” Sono said after the match.

“We were unfortunate that we gave away two silly goals today, but the same keeper who let in those silly goals also made some brilliant saves. The first one went through his legs, and the second he failed to punch the ball away. We missed so many chances and I am confident if we continue playing the way we did, we will surprise many teams.

“We must work on the mistakes. I am very proud of the team,” added Sono.

Tshakhuma’s stand in coach Lucky Nelukau said his team had to dig deep to get the three points off Cosmos.

“It was not an easy game as you know we just came back from a long break because of this Covid-19 but my boys tried their best.

“But we have to work on our finishing. We were supposed to score six or seven goals but we couldn’t so that what we need to work on now,” said Nelukau.

With the win, Tshakhuma jumped to second place with 41 points after 25 games.

Callies scaling down, could release some big names
2 weeks ago
2 weeks ago

WATCH: ‘I don’t want to be in contempt of court,’ says Royal AM boss
6 months ago
6 months ago

Callies scaling down, could release some big names
2 weeks ago
2 weeks ago

WATCH: ‘I don’t want to be in contempt of court,’ says Royal AM boss
6 months ago
6 months ago