Kaizer Chiefs are believed to have already signed the winger, with an announcement due in July. 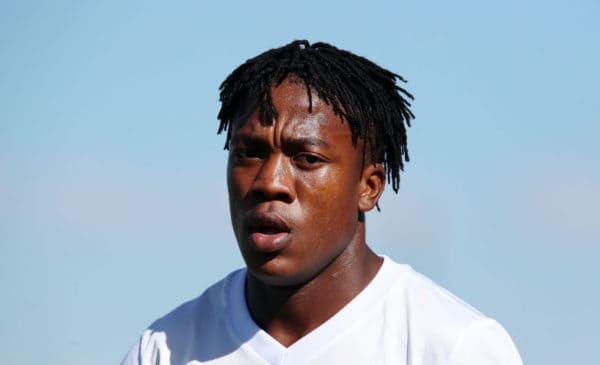 Kgaogelo Sekgota is excited about the prospect of joining Kaizer Chiefs. Picture: Muzi Ntombela/BackpagePix.
Kaizer Chiefs’ imminent signing Kgaogelo Sekgota, who is expected to join Amakhosi at the end of his contract at Swallows FC, can’t wait to be officially announced, a source close to the player has revealed.
ALSO READ: Khune, Akpeyi make Kaizer Chiefs squad ahead of Wydad showdown
Sekgota has a contract running at the Birds until the end of this month and has been identified as one of the players who have been trusted to assemble a formidable squad for next season, with Amakhosi able to buy players again from the beginning of July.
The 23-year old winger has had stints overseas in Lithuania with FC Strumbas and in Portugal where he played for Vitoria Setubal, before coming to join the now dissolved Bidvest in the 2019/20 season. He then moved to Swallows where he had a successful campaign under Brendon Truter.
“For a young boy growing up playing football in streets of Seshego, his dream has always been to play football at the highest level. Going to Kaizer Chiefs is a right move for him and he knows that he will be able to do get the recognition that he wants,” said the source.
“He is very happy and is looking forward to adding his name into the Kaizer Chiefs history books. I can assure you that the talks have been held a long time ago, but it wasn’t something formal because you know Chiefs couldn’t sign players. But now it is just a matter of signing and being announced at the club (Chiefs).”
The source further stated that Sekgota still has ambitions of going back overseas at some point in his career and making his mark at Kaizer Chiefs will help him.
“He is an ambitious footballer who knows what it takes to be the best. His goal is to work hard and help Kaizer Chiefs get back to their best by winning trophies. Another thing is that he still believes that he will one day go back abroad.”
This season with Swallows, Sekgota made 26 appearances for the Birds in all competitions, scoring three goals and managing two assists as well.