Evans bemoans being furniture at Sundowns

Ajax Cape Town’s on-loan defender, Rheece Evans has bemoaned not being given enough opportunities at Mamelodi Sundowns to prove himself in the past three seasons. 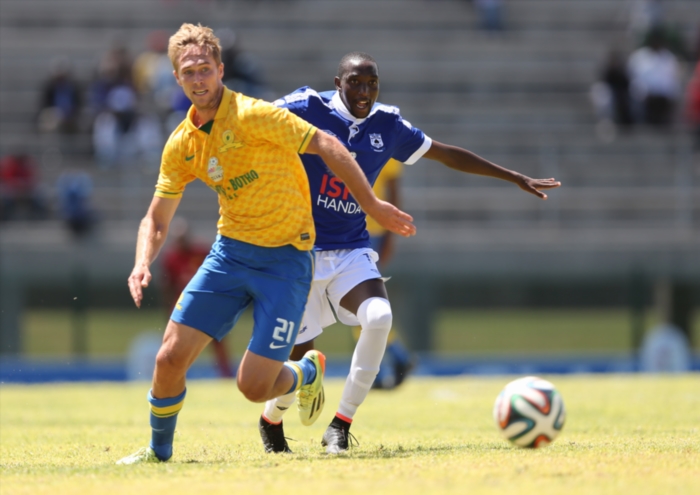 Rheece joined Sundowns in July 2014 but spent more time on the stands than on the field as he found it hard to break into the starting 11 in Pitso Mosimane’s team.

Evans secured a loan transfer to the Urban Warriors early in January and told the club’s website he had been looking to join them for a long time.

“I am very happy to be here, it feels like it has been a long time coming. Ajax have been after me and I have been trying to move to the club for many years now so in the past it has been very disappointing to see a potential move fall through, but now that I am here I am so relieved and happy. It feels like I’m home,” said the 26-year-old former Maritzburg United man.

He added he had been frustrated by lack of game time at the Brazilians. “Obviously it was very frustrating because I felt like I had a lot to prove and that I wasn’t given a fair opportunity and chance to play. I was pushing myself in training and just hoping for a chance, but it never came.”