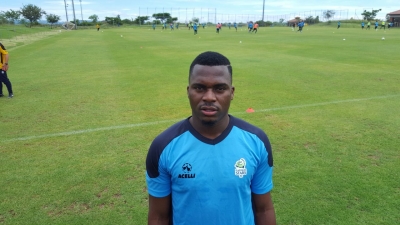 The 27-year-old midfielder, who left Stars to join SuperSport United in 2013, rejoins Dikwena on loan until the end of the season.

“We are proud to say that we managed to get Mkhabela on a loan deal from Kaizer Chiefs,” Stars general manager Senzo Mazingiza told the club’s website.

“We are hopeful that he will help us in the middle of the park.

“Mkhabela’s signing brings balance more so that he has worked with our coach Cavin Johnson in the past.”

Mazingiza said the club had met its target of signings for this transfer window.

“We were looking at three, but now we have got four. We are about to complete our signings for the second half of the season. We have managed to support the coach in regard to signing players. Even though we have challenges with the budget, we have managed to move things around and make signings. We are proud to have achieved that.

“Mkhabela is with us now. That’s about the last of our signings, but you never know. If Cristiano Ronaldo comes and we are able to sign him, we will definitely do that.”