Sangweni may be Micho’s secret weapon for the Soweto derby

The Bucs midfielder has started training and is available for selection for Saturday's game. 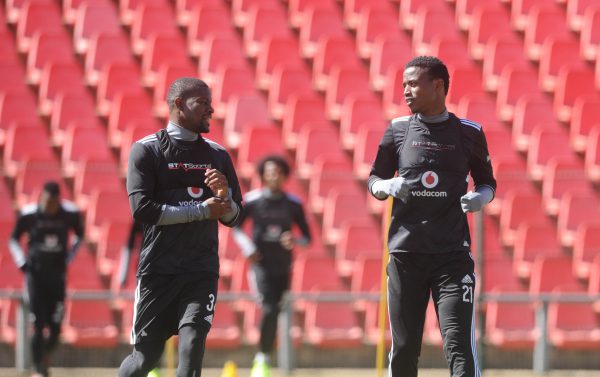 Orlando Pirates coach Micho Sredojevic could spring a surprise on their biggest rivals Kaizer Chiefs on Saturday afternoon when he brings on the Buccaneers prized signing of the season Thamsanqa Sangweni who has missed out on the past few games due to injury.

Phakaaathi understands that Sangweni has been training with the team and played in the two friendlies during the Fifa break but was purposely omitted in Wednesday night’s match-day squad as Pirates played Platinum Stars.

“He is still in process of returning. He is in contention (for Saturday’s match). We shall see if a match of this magnitude is the right one for him to come back. But we know he is a player with a big heart, a top class player who will add value and I cannot say now whether he will play, only after tomorrow’s training will we decide,” said Micho.