Kaizer Chiefs coach Steve Komphela has defended Erick Mathoho who has been under extreme criticism following a poor run of form that has seen him get red cards at club and international level and also conceding penalties. 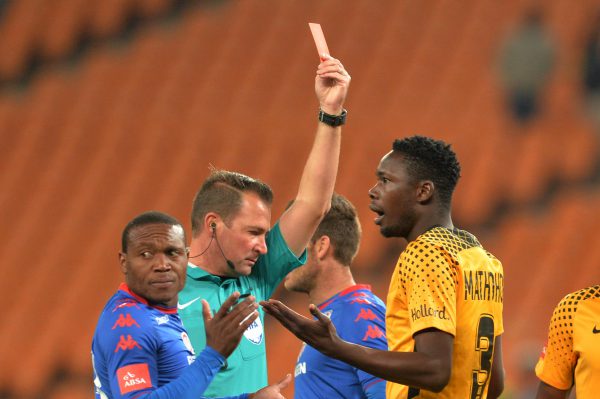 Mathoho has been fined by Fifa following a reckless challenge he made on a Cape Verde player during the 2018 World Cup qualifiers in September.

In Tuesday’s 2-1 win over Mamelodi Sundowns, the lanky defender caused the penalty from which Themba Zwane scored.

But Komphela said the player needs to be supported even more now. “I think this applies to every football player,” said the 50-year-old mentor.

“When mistakes occur we own up. When there is stuff to celebrate we share. We are quite aware that we could have done better in some instances and we do talk much about such. There are also measures at the club.

“But one of the critical things in any scenario when things are not working well for an individual is to be alongside them to rectify that. It’s only a matter of time and he will be okay because we know the quality he is. And we appreciate your (fans) patience even though you are aware of what he is going through. And the support you give him will go a long way. We want to win him more than to lose him and we appreciate your support in that.”