Sapula heartened by players he worked with doing so well 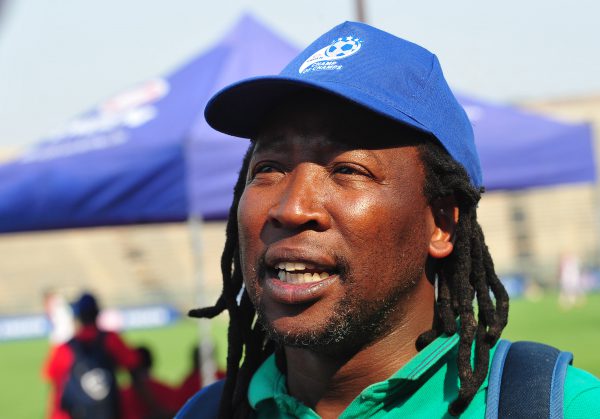 Sapula made 124 official appearances for Masandawana before retiring at Platinum Stars ahead of his return to the Pretoria outfit for a coaching job.

The dreadlocked midfielder worked with Percy Tau before the Bafana Bafana striker was loaned out to Witbank Spurs. Tau returned to the Brazilians at the start of last season and has been superb ever since.

Sapula is proud of his achievements with the junior team having won the Engen Cup twice, the Gauteng Future Champs and the international Gothia Cup in five years there.

“I worked with Sundowns’ Under-17 team as a coach, I started in 2011 and Percy Tau was one of the first players I worked with, we have Keletso Makgalwa from the academy working in the first team, so we have a few more boys that could make it into the first team,” said Sapula.

He believes that former stars such as himself taking jobs in development structures could be the answer for promising youngsters who never make it into the senior national team.

The 43-year-old is a firm believer of becoming part of the solution to the problems by working with players at grassroots level.

Although the former Bafana star has ambitions of coaching in the Absa Premiership, he enjoys sharing stories from his journey as a professional footballer with South Africa’s future stars.

He says it is important for players to be financially literate.

“It is wise to learn from other people’s mistakes not from your own. I become independent at a very young age, during my days at Cosmos I left home at a young age but made sure I was still in touch with home.

“The biggest problem we have is that a lot of footballers from the township were never coached on how to handle money, you go from earning nothing to 30, 40 or 50 thousand, you are on TV, people idolise you and the celebrity status comes with expectations of living in the suburbs and so on. It could be an expensive lifestyle, you also need a good family structure to help you cope as well,” said Sapula.

Sapula values his work with young players as he is confident it could help them reach their full potential and avoid the pitfalls that have consumed the careers of a lot of players.

The former Jomo Cosmos playmaker promotes shaping players from an early age for them to reach the top by finding the balance between discipline and talent.