Moloi explains why he started with Mbenyane against Chiefs

Chippa United coach Teboho Moloi says he was hoping that Andile Mbenyane would be his triumph card against Kaizer Chiefs in the Telkom Knockout on Sunday. 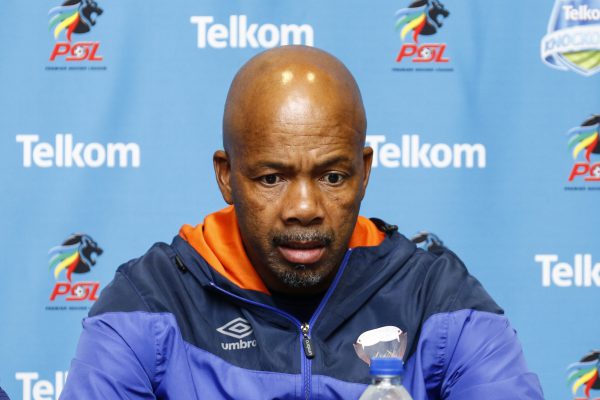 Moloi caught many people by surprise when he any thought that Kurt Lentjies would start upfront for the Chilli Boys, however, Moloi opted for Andile Mbenyane instead.

“Mbenyane started well, but after the 25th minute…30th minute, he started fading, that is why I had to make that early first substitution in the second half.

“The reason I started with him upfront was because I knew that he was a big match kind of a play, but today he didn’t live up to expectations,” said Moloi.

“Knowing Steve, I knew that he had a game plan for Kurt, having worked with him at Maritzburg United. So it was for Kurt to come in the second half and find those tired legs of Chiefs players, which is exactly what happened. He lifted the game, but like I said some of the decisions didn’t go our way.

Lentjies collided with Chiefs goalkeeper towards the end of the match, but Moloi says his injury is not bad and should be fine for the next game against Free State Stars on November 22.

“Kurt is fine, he was just crying because we lost the game and that tells me how much he wanted a win the Telkom Knockout. For an experienced player like him to break down means a lot for me,” commented Moloi.