A joke going around in the National First Division (NFD) is that Highlands Park have been so good that they have even forgotten how it feels to lose a match having last suffered a defeat in August last year. 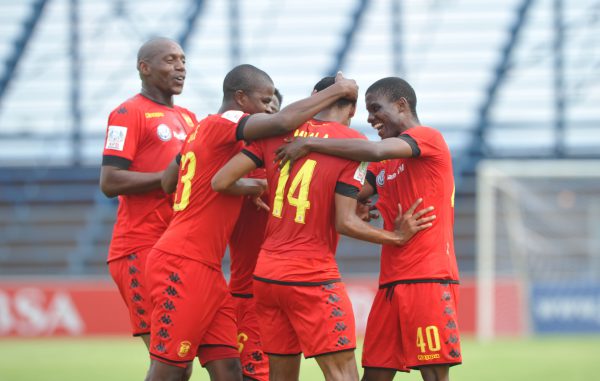 Many have tried but came second as Owe Da Gama’s side proved too hard a nut to crack – lucky ones managed to eke out a point. It is Witbank Spurs’ chance to have a go this weekend as they host the champions in waiting at Puma Rugby Stadium on Saturday afternoon.

Siyavutha will hope to burn the Lions of the North and mount a serious challenge for a play-offs position. Highlands now effectively need 13 points in their last eight matches to guarantee their spot in the Absa Premiership next year.

Ubuntu CT v Mthatha Bucks, at Athlone Stadium, 3.30pm
In a battle of the wounded, Ubuntu Cape Town host Mthatha Bucks – both are in desperate need of points to move away from the relegation places. Ubuntu received some reprieve last week after beating University of Pretoria 3-1 and will hope to build on the result and move out of danger.

Witbank Spurs v Highlands Park, at Puma Rugby Stadium, 3.30pm
As previewed above, Siyavutha will hope to be the first team to beat Highlands who have gone six months without a defeat.

Uthongathi v CT All Stars, at Princess Magogo Stadium, 3.30pm
Igugu leKapa are fighting for a play-offs while the Cane Cutters are fighting for their lives at the bottom end of the log. This makes for a scintilatin match. All Stars coach Brandon “Brakkies” Truter said his players will be motivated by scouts who have been tracking some of them.

Mbombela United v Jomo Cosmos, at Kanyamazane Stadium, 3.30pm
Having finally broken their duck after six winless matches, Ezenkosi will be looking for a another three points which will get them back into serious contention for a play-offs place. Mbombela however also still have a chance at making the play-offs and will want to keep the full points at home.

Richards Bay v University of Pretoria, at uMhlathuze Sports Complex, 3.30pm
With AmaTuks losing to lowly Ubuntu Cape Town last weekend, the Rich Boys will feel they can also eke out three points from Shaun Bartlett’s side who have struggled for consistency this season.

Stellenbosch v Real Kings, at Athlone Stadium
This is a top of the table clash as both are vying for a play-offs finish which makes for a scintillating match. The Magic Boys will be trying to avoid a second defeat in a row which could render them non-contenders for the play-offs finish.