Mabedi was handed the reigns on Monday following the resignation of Steve Komphela. 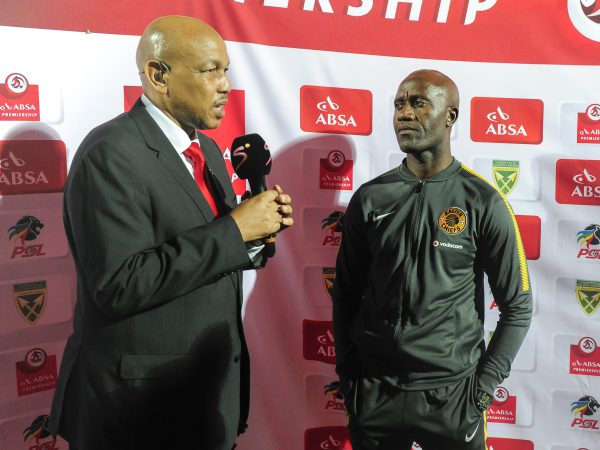 Kaizer Chiefs’ interim coach Patrick Mabedi said he didn’t have time to effect serious changes in the team before the 3-1 defeat to Golden Arrows on Tuesday night due to time constraints.

“We started very badly,” said Mabedi of the Arrows defeat.

“The early goal unsettled us. But the players tried their best. The red card was also a factor and I think it was a bit harsh,” he added.

Leonardo Castro was sent off in the 15th minute following a crunching tackle on Matome Mathiane. Mabedi said the changes in the technical team happened so quickly and unexpectedly that it upset the planning.

“It happened so quickly and there was no time to make changes in the team. What happened at the Moses Mabhida Stadium was traumatic to the players as well. There is, however, no excuse for it.

“We tried to change the shape a little by playing four at the back and in the middle to try and balance the play,” he said.

Like his predecessor Mabedi insists Amakhosi have been playing well but were let down by a lack of clinical finishing up front.