Ex-Chiefs defender wants to give back to SA football

Former Kaizer Chiefs defender Jimmy Jambo is looking to give back to the South African football fraternity after he gets his Uefa B license. 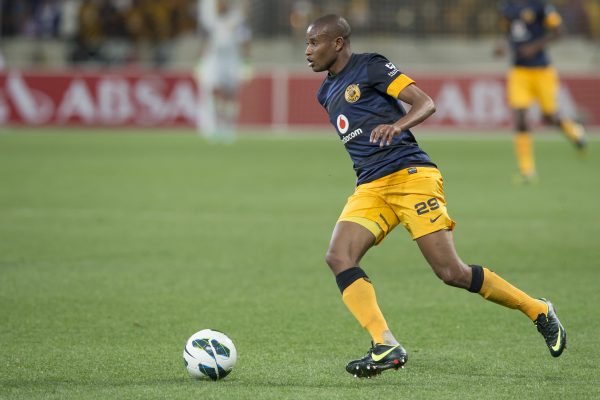 Jambo was forced into early retirement due to a horrific knee injury he suffered in a clash with Tinashe Nengomasha during a Telkom Knockout match against Bidvest Wits in late 2012.

The former Gunners FC man took a four-year break from all football-related engagements before deciding to pursue a career in coaching.

The Zimbabwean international admits that the early retirement affected his plans to prepare for life after football. Jumbo urged current footballers to plan for retirement as soon as they turn professional.

“The injury didn’t affect me mentally, there was a year where I stayed and worked on rehabilitation, I slowly started to accept that I might have to stop. But I never gave up, I still thought I could come back.

“I found myself in no-man’s land after the injury and retiring. I wanted to start a logistics business while I was at Chiefs, but the injury affected my plan. I still want to get into the logistics business,” explained Jambo. “Luckily at the time I had two properties and some stuff I owned back in Zim, so that helped.”

Jambo has already completed his Uefa D and C coaching licenses but has not started looking for coaching work as he wants to complete this third license through Safa’s coaching courses.

The defender sees South Africa as his second home and has decided to stay in Gauteng after he moved here from Zimbabwe to play football.

The Former Warriors international decided to pursue coaching after he realised that players in junior ranks need to be taught basic skills.

Jambo believes that South Africa and Zimbabwe have a lot to offer African football with all the talent found in both countries.

“I think it is important for me to help and give back to young players, football is in my life.

“I felt like I could give back to the community and it hurt me a lot when I retired. Some players in the local league need to work on their technique and their approach to the game. Not that I was better, but if we work with young players about passing and controlling the ball, I think they would be on the right path.”

Jambo says watching how other people navigate through life and its unexpected events has helped him cope and have a better understanding of how to get back up after getting knocked down.

He doesn’t have formal training or practical experience in running a business, but is confident he can start a big logistics business that could tie South Africa and Zimbabwe together.

“You need to learn from other people, even in football. The best way of learning is to watch other people and how they go about things, so I apply that in my life. And it can be applied everywhere.”