Can Kings find their magic against Maccabi?

But it will not be an easy outing for them with Maccabi enjoying a good run in away games and still in with a chance of a surprise feature in the play-offs. 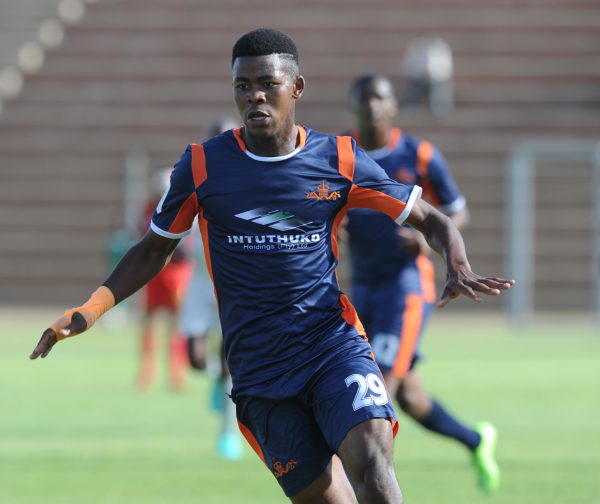 With 21 games to play, Real Kings were expected to be up there with the title and promotion chasers in the National First Division but instead relegation is staring the KwaZulu-Natal based side in the eyes as they remain rooted to the bottom of the standings.

After their run in their first campaign last season, where they missed finishing in the promotion play-offs places by a whisker, they were expected to be among the top sides this season but things have been heavy for Simo Dladla and his troops.

After 19 games, they have just 18 points to their credit should thing not change, they will themselves back in the amateur ranks again next season. But the Magic Boys will hope to start their climb away from the bottom this afternoon when they host Maccabi FC at Sugar Ray Xulu Stadium at 3.30pm.

But it will not be an easy outing for them with Maccabi enjoying a good run in away games and still in with a chance of a surprise feature in the play-offs.

Siyavutha get back to focus on their NFD campaign after they were knocked out of the Nedbank Cup by Golden Arrows last weekend. The Ke Yona run will however have given Shakes Mashaba’s side a confidence boost which should be handy in their quest to move away from relegation. Siyavutha has not been able to fire this season and are second from bottom. It is a difficult match for them against the Natal Rich Boys who have just found form and are looking to get into the promotion places.

A few weeks ago, this would have been a difficult match for Stellies but with the troubles that have hit Abantu Bemthetho since Benson Mhlongo’s departure, it looks an easy three points for the home side to stretch their lead even further.

Sporting have fallen behind in the title race and are now eighth and 15 points behind Stellies.

This should be a cracker with the Cane Cutters looking for revenge after they were beaten 3-1 in the first round encounter. Uthongathi are on the up again after a slump but will find Eagles in mean mode as they look to keep the pressure on leaders Stellenbosch whom they trail by six points.

This match is a tale of two teams desperate for points for differing reasons. Ubuntu need to keep clawing their way out of the relegation zone while Tingwenyama will want to keep abreast of the leaders and fall far too behind in the race for promotion.

A repeat of last weekend’s Nedbank Cup won by Galaxy. Ezenkosi will want to continue on their dominance but also convert their chances to ensure they steer clear of the relegation zone. They are just five points above bottom placed Real Kings.

AmaTuks will want to put behind them their embarrassing 5-0 defeat they suffered at Royal Eagles in their last match and put up a decent fight against a resurgent Urban Warriors who are in the race for promotion.