His refusal to join Chippa in a swap is said to have angered Chiefs hierarchy but the player had made up his mind. 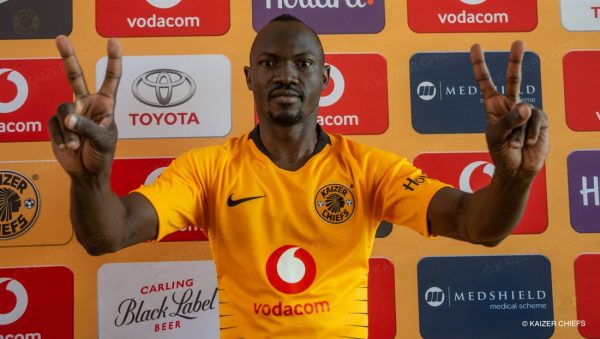 Godfrey Walusimbi was supposed to have joined Chippa United in a swap deal that would see goalkeeper Daniel Akpeyi move to Amakhosi, but the Ugandan defender rejected the move.

Walusimbi, who had signed a three-year contract with Chiefs towards the end of last year, was subsequently released by Amakhosi, with Akpeyi joining the club on an undisclosed fee.

Speaking at training with the Cranes at Lugogo ahead of this weekend’s final 2019 Nations Cup qualifier away to Tanzania, Walusimbi told the Daily Monitor that he was not happy that he was only informed about the move on transfer deadline day.

“This was on the last day of transfers. I asked them why they didn’t tell me early enough for me to prepare myself because they knew this was their plan all along.”

His refusal to join Chippa in a swap is said to have angered Chiefs hierarchy but the player had made up his mind.

“I just decided to come back home and work alone as I awaited another opportunity,” he said.

Chiefs football manager Bobby Motaung is quoted in the media as saying the club paid a certain release fee to Walusimbi, but the player disputes this, saying no payment was made to him.

“I just wanted to be free,” concluded the Ugandan defender.