It was painful to watch from the stands – Ramagalela

Spending six months on the stands was the most painful experience that Highlands Park striker, Rodney Ramagalela has had to endure in his career. 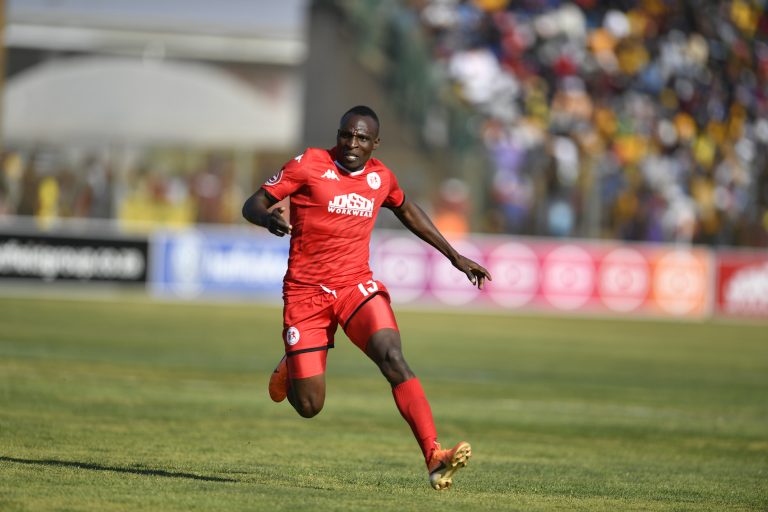 He was not injured but he was relegated to the stands as a form of punishment at his former team Polokwane City after he signed a precontract at Highlands.

“Sitting in the stands while you know what you can contribute of the field was very frustrating,” Ramagalela told Phakaaathi. “But I am grateful to be back,” he added.

He said he had closed the Polokwane chapter and was looking forward to making a meaningful contribution at the Lions of the North who he said had shown appreciation for his talent.

“What happened at Polokwane stays there. I now have a new chapter which I have opened,” he said briefly of the frustrating stay at City.

Ramagalela has already opened his scoring account at Highlands he netted the equalizer in their 3-2 defeat against Kaizer Chiefs last Sunday.

“As a player I want to score in every game. Ending up on the losing side was not nice. I felt we played very well in the first half and threw it away in the second. But it happens in this game ad we are working on those mistakes now. We hope we will get it right when we go to Maritzburg United,” he said.

Highlands are away to the Team of Choice for their second match of the season on Friday night. The match at Harry Gwala Stadium is set for an 8pm kick-off.

Rejoicing as Polokwane airport opens
6 days ago
6 days ago

Rejoicing as Polokwane airport opens
6 days ago
6 days ago