Vukusic's first game comes on Wednesday against Chiefs at the King Zwelithini Stadium. 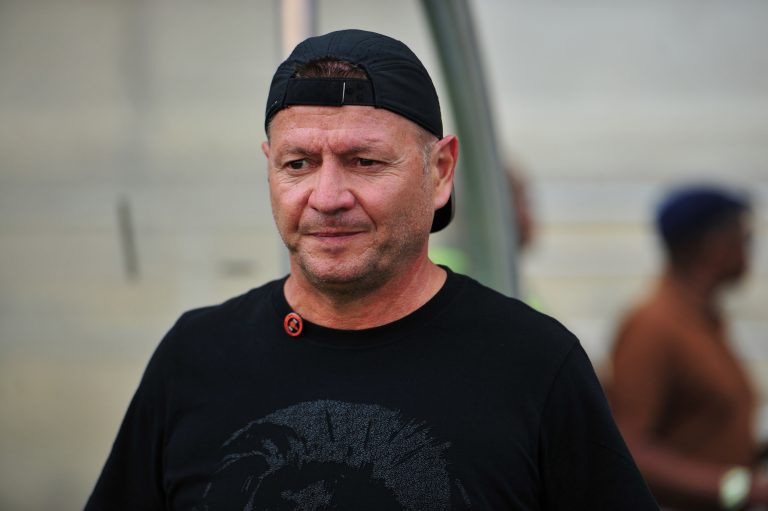 New AmaZulu coach Jozef Vukusic spoke a good game and has committed to helping the Durban team find their mojo and play to their full potential after taking over from Cavin Johnson who was fired earlier this week.

“I have come when the league is already on… I know the team well from the outside but I will need a little time to learn (about) the players and the club now that I am inside because there are many factors that influence the performance of the team,” he said.

READ: ‘Help us find our mojo’ is Vukusic’s mandate at AmaZulu

“We have players with potential here. It’s a good challenge for me to work with this team in this infrastructure. I can’t make promises for now but I hope and I think I can promise we will make progress.

“Of course in professional football it is always about results and we will try to get results from the very first game. But the programme is not easy. After a short time (of training) we start with three very tough games – (Kaizer) Chiefs, SuperSport (United) and Cape Town City. After that is a little break for the cup. I want to use that time to get settled here and after that we can move,” he added.

Vukusic’s first game comes on Wednesday against Chiefs at the King Zwelithini Stadium.

Usuthu have an admirable squad but just could not seem to get into any rhythm under Johnson.

“The target is to play attractive but progressive football. I am happy with the squad, I know their technical ability from the outside but not the mentality,” added Vukusic.

“I know the statistics are not good, just four wins in the last 20 games. The objective for now is to know why it happened. It is a good challenge,” said the Slovak.

Usuthu’s general manager Lunga Sokhela said Vukusic’s mandate was simply to get the team playing well and finishing in the top eight at the end of the current campaign.

“His mandate is not based on points but on the belief that we have signed quality players at AmaZulu. I would like to see those players playing to their full potential,” he said.