"We knew it would be difficult, we needed the three points, and in the second half it opened up," said the Bafana striker who slotted home a penalty to give South Africa the lead. 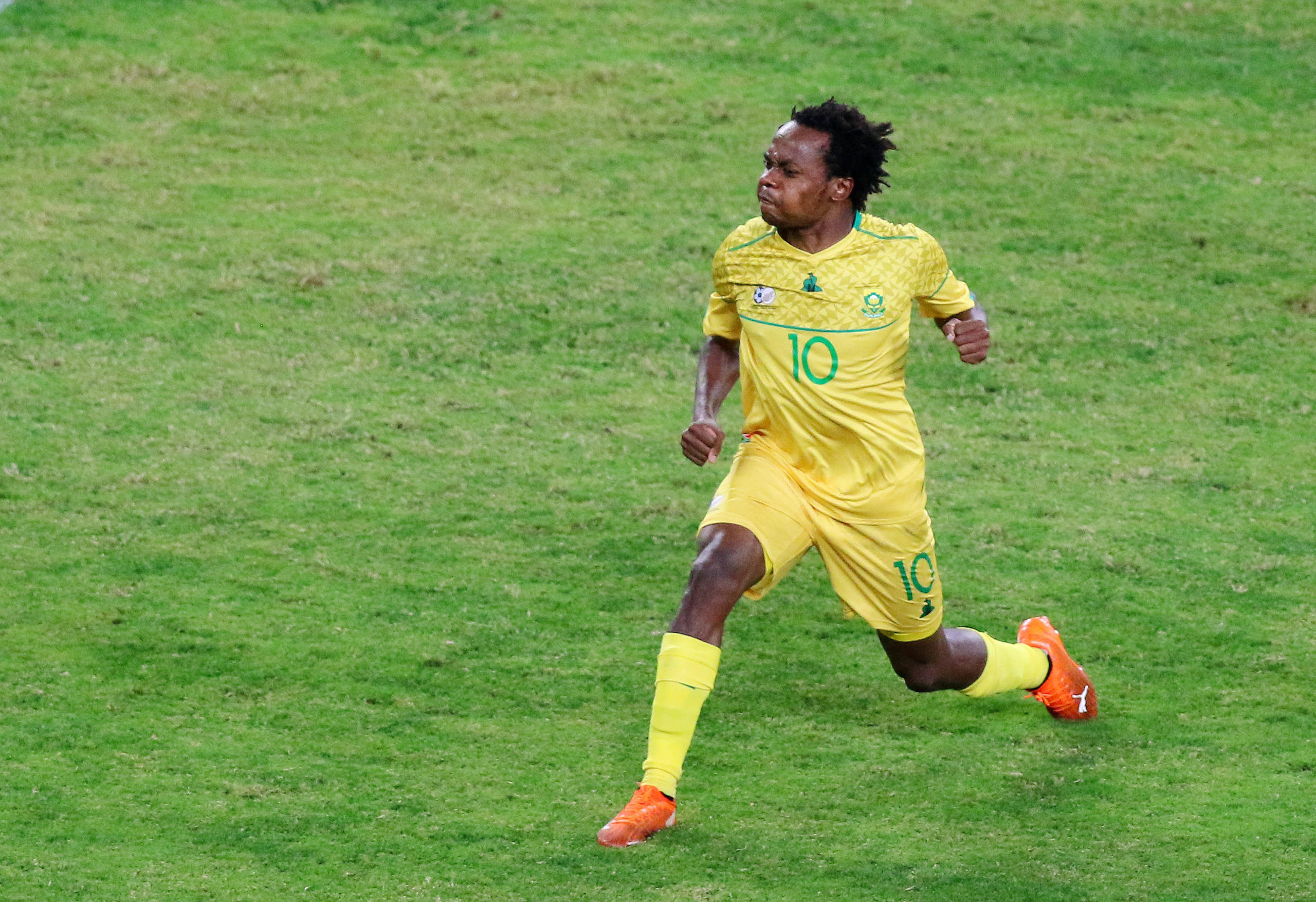 Percy Tau of Bafana Bafana celebrates scoring his goal during the 2021 Africa Cup of Nations qualifier between South Africa and Sao Tome and Principe at Moses Mabhida Stadium on November 13, 2020 in Durban, South Africa. (Photo by Steve Haag/Gallo Images)

Percy Tau and Molefi Ntseki were pleased with the way Bafana Bafana stuck to their task as they wore down stubborn resistance from Sao Tome on Friday night to beat the islanders 2-0 in a Group C Africa Cup of Nations qualifier at the Moses Mabhida Stadium in Durban.

READ MORE: Tau on the spot as Bafana edge past Sao Tome

Bafana couldn’t break down their opponents in the first half, and needed a penalty ten minutes into the second period to go in front, Tau picking himself up after being brought down to put his country in front. Substitute Bongani Zungu then added another from a corner in the last minute of normal time, heading in to seal a victory that moves South Africa to six points from three group games thus far.

“It was very difficult,” said Tau after the game.

“We tried many movements in the first half but … we were a bit tense. In the second half we were able to get in the right spaces and turn them and get behind them and it worked out pretty well. We knew it would be difficult, we needed the three points, and in the second half it opened up. We knew if we could score one it would change their approach, and we scored the second and we feel positive we scored from a set piece.”

Ntseki, meanwhile, added: “They (Sao Tome) gave a good account of themselves in terms of how they played in the first half, but we knew we have good quality in our team, and knew making tactical changes in the team, the players would gain confidence and belief to say they could win. It worked for us … but we must also give respect to our opponents, they are not here because someone did them a favour.

“This is a team that won against Mauritius to be in the group, that only lost 1-0 against Ghana. With the patience and tactical awareness we showed …. we managed to take our chances, it was a bit tense in the first half but ultimately we knew we would do well.”

Bafana will now play Sao Tome in the return match at the Nelson Mandela Bay Stadium in Port Elizabeth on Tuesday, with the islanders having forfeited home advantage to ease the burden on travelling in the midst of a global pandemic.