“It was important for the team (the win against Swallows)," said Happy Jele. 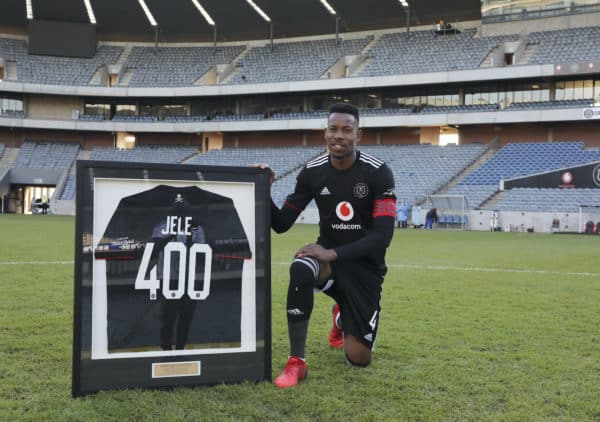 Orlando Pirates will be hoping their victory over Swallows FC proves as sign of what is to come, as the Buccaneers prepare for their next fixture in the DStv Premiership, a tie against Chippa United at the Nelson Mandela Bay Stadium in Eastern Cape on Saturday.

ALSO READ: Makusu sent out on loan again after poor spell at Pirates

Pirates didn’t have a positive start to the campaign, with captain Happy Jele agreeing that their two draws in the league and a defeat in the MTN8 Cup didn’t set the right tone.

But now, having finally secured a win in the league, thanks to a Tshegofatso Mabasa goal which saw them triumph 1-0 over the Birds, the Bucs defender is certain the team is high in confidence.

“It was important for the team (the win against Swallows), we didn’t start well in the past games,” said the Pirates skipper.

“We wanted to win at home, (to) force a win so that everyone can gain confidence. We did it, it was great. Each and everyone in the team worked hard, putting in a lot of effort and we managed to get three points.”

Jele, who made his 400th appearances for the Buccaneers in the victory against Swallows, a very role in the team’s defence, which saw him being named Man-of-the-Match after the game.

The 34-years old defender remains to be a key figure in the Bucs rearguard, and now with 15 years as a Pirates player, he gives thanks to everyone who has backed him in his career.

“I would like to thank each and everyone who has been supporting me. They have been encouraging me every time and guiding me to play very well.”

Jele and company now shift their focus on Gavin Hunt’s Chili Boys, who are blowing hot cold. The Eastern Cape based outfit have recorded one win, one draw and one loss in their last three games.