Sundowns quality too much for hapless TS Galaxy

Sundowns showed their class against Galaxy. 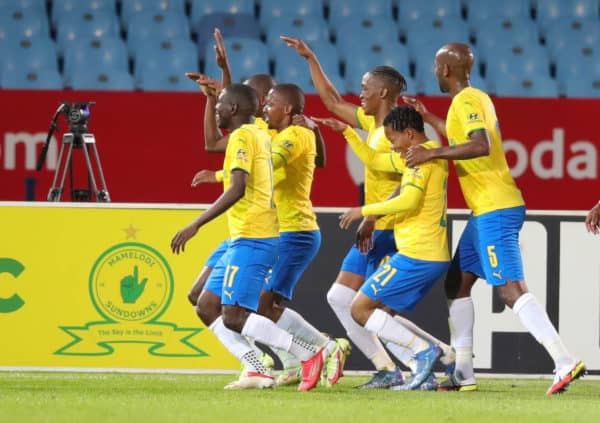 Mamelodi Sundowns will look to continue their good run at Loftus Versfeld when they host Maniema Union of DRC in the return leg of the Champions League group stage qualifiers on Sunday. Picture: (Samuel Shivambu/BackpagePix

There was some optimism from TS Galaxy ahead of their DStv Premiership clash with Mamelodi Sundowns, but in the end, Masandawana’s quality was too much for Owen Da Gama’s side to deal with as they lost 3-0 to the defending champions.

The visitors thought they had scored in the 14th minute but referee Thokozani Mkhize disallowed Makitan Igor’s goal when he ruled that goalkeeper Denis Onyango was fouled in a challenge for the ball after it was swung in from the corner spot. It took a while for Galaxy to realize that the goal did not stand as they momentarily celebrated.

There was not much that happened from that incident until Gaston Sirino had an opportunity to play an assist to Peter Shalulile but instead, he took the shot himself from an acute angle and his effort was mediocre, much to the annoyance of Downs co-head coach Rulani Mokwena, who could not take more of Sundowns’ wastefulness and he left for the dressing room about two minutes before Mkhize signaled for half-time.

We are not privy to what Mokwena, Steve Komphela and Manqoba Mngqithi said to their lads during the interval but Downs came back and shifted a gear, and that’s when the goals came.

It was defender Mosa Lebusa who broke the deadlock in the 57th minute, scoring his maiden of the season after VAsilije Kolak could not hold on to a Lakay free-kick. Lebusa found himself in unfamiliar territory but his finish was one any striker would be proud of.

Before Galaxy could blink, Sundowns were on the offense again and this time, it was Shalulile who rattled the net for his second of the campaign. Andile provided the assist with a long ball over the top of The Rockets’ midfield and rear guard, and the Namibian striker did well to beat the offside trap and fired past Kolak, who did stretch a foot but the touch was not enough to redirect Shalulile’s shot. Thabiso Kutumela put the cherry on top with his maiden Downs goal.

Like their neighbors, SuperSport United beat Swallows 3-0 in the other match of the day, handing them their first defeat at home since their return to the top-flight.