Keepers shine as Swallows and City draw another blank

Swallows have now failed to score in any of their last five matches in all competitions. 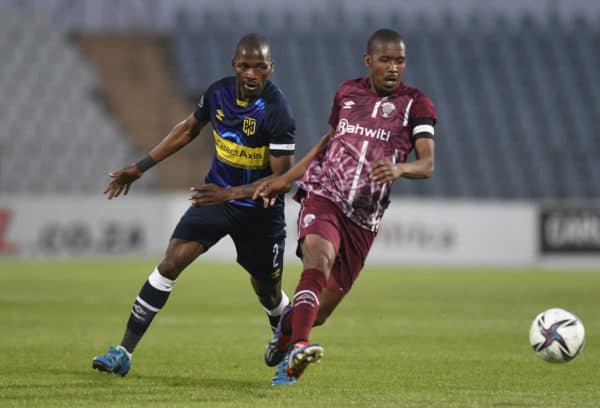 It was a case of new head coach, same problems for Swallows FC on Friday, as they drew yet another blank, held to a goalless DStv Premiership draw by Cape Town City at the Dobsonville Stadium.

Brandon Truter took leave on the back of a 3-0 loss to SuperSport United last weekend, and if caretaker coach Simo Dladla at least got a point in his first match in a new role, the Birds’ difficulties in front of goal have become chronic.

Swallows have now failed to score in any of their last five matches in all competitions. This was, indeed, a second successive goalless draw between Swallows and Eric Tinkler’s City, after they also shared a stalemate in the first leg of their MTN8 semifinal.

The second leg is on Wednesday in Dobsonville, and both sides, frankly, could do with rediscovering a scoring touch, though goalkeepers Virgil Vries and Hugo Marques did also have excellent games on Friday.

Dlafla handed a debut to experienced left back Tebogo Langerman, and the former Sundowns man came closest to scoring for the Birds in the first half.

Langerman’s free kick, on the stroke of half time, was pushed away by City goalkeeper Marques.

The 35 year-old Langerman was mainly brought in by the Birds to help shore up the other end of the pitch, but Swallows, coming off that 3-0 loss to SuperSport, did look vulnerable in defence.

The Birds’ Namibian goalkeeper Vries had to be in fine form, saving from Surprise Ralani and Fagrie Lakay, as City dominated much of the play.

Swallows were not without their opportunities too, however, with Junaid Sait heading straight at Marques from a Lebo Mokoena free kick.

Khetukuthula Ndlovu also sparked for Swallows, one shot hit low but too close to Marques, and an excellent run and cross also gathered by the City goalkeeper.

Marques was also having a superb game, and made his best save yet when he plunged to keep out Kagiso Malinga’s free kick a few minutes into the second half.

City came close in the 59th minute as Ralani pulled a nice ball back for Lakay, and his shot was deflected inches wide. Abbubaker Mobara almost scored direct from the resulting corner, but Vries was on hand to tip over.

Malinga drew another save from Marques at the other end, before Thami Mkhize cut to the byline, but his cross was well-cleared by Vries.

With nine minutes left, Marques made another excellent save to deny Katlego Mohamme, one of several substitutions made by Dladla in the second half, none of which were able to pry an opening.