'For everyone it can only be a dream to play in the World Cup. We are halfway there,' said the Bafana defender. 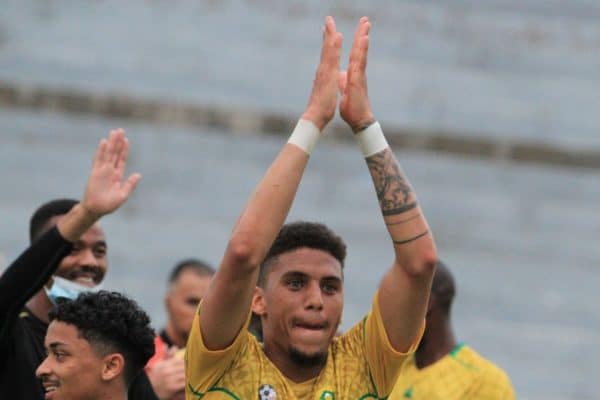 Rushine De Reuck should have some actual fans to applaud if Bafana Bafana can beat Ethiopia on Tuesday. Picture: Kidus Yoftahe/Backpagepix.

Bafana Bafana defender Rushine De Reuck says there can be nothing better than playing in front of supporters again as South Africa take on Ethiopia at FNB Stadium in a 2022 Fifa World Cup qualifier on Tuesday.

Negotiations between the South African Football Association and the Department of Health means 2000 vaccinated supporters will be allowed inside the stadium, the first time fans have been able to attend a game in this country for around 18 months.

To make matters even more encouraging, this is a Bafana side in good form under new head coach Hugo Broos, and a second victory over Ethiopia in the matter of a few days will ensure that they head into the final two Group G qualifiers on top of the standings.

“We have not played in front of fans for 18 months, and it has been difficult to find motivation,” said De Reuck.

“It has felt like friendly matches at times. Having fans back is great motivation for us … I don’t know if there can be any better feeling than having them there. We will try our best to win the game and we are very excited.”

Only the winners of the group will make it into the final round of qualifying for Qatar 2022, but Bafana’s great start has increased hope of a first World Cup qualification since Carlos Queiroz got the team to the 2002 Fifa World Cup finals (Bafana played in the 2010 Fifa World Cup as hosts).

“For everyone it can only be a dream to play in the World Cup. We are halfway there. We must approach every game with a good mindset, and I feel that if we can do that it is possible to get good results. It would be very special. We haven’t been to a World Cup for a long time,” added De Reuck.

Having won 3-1 in Ethiopia on Saturday, Bafana will be heavy favourites to pick up another three points at home. If they can do that and Ghana lose in Zimbabwe, just one more win at home to Zimbabwe next month will guarantee South Africa victory in the group.

“Tomorrow is an important game and we know that,” said Bafana head coach Hugo Broos.

“It can be a key game if we win tomorrow and we have a bit of luck and something happens in the other game (Zimbabwe v Ghana). We can be more points in front of our opponents and maybe a win over Zimbabwe can give us first place.