'I keep reminding them that they have been doing well but they haven't won anything', said goalkeeper Ronwen Williams Goalkeepers are by far the most vocal individuals on the pitch as you’d often see them barking instructions at their defenders and sometimes using colourful language when they shout at their teammates. Ronwen Williams is no exception to this trait, which is by far considered one of the best characteristics a goalie can have.

ALSO READ: Broos – ‘it is not fair’ that Africa has only five places at World Cup 2022

But when the referee blows his whistle to signal the end of the game, what Williams does first is to pick up his water bottle and towel from the net and head to high-five and hug his defenders – something he has done a lot this season as SuperSport United have kept five clean sheets in the DStv Premiership.

While Williams may sound like a roaring lion on the pitch, he has some kind words for his back-line, which consists of youngsters Luke Fleurs, Keenan Phillips, Thatayaone Ditlhokwe, all held by the experienced hands of Buhle Mkhwanazi.

“Buhle’s experience comes in very handy because he helps these guys like TT and Luke Fleurs. Last season was for them to learn but now since there is no longer Bongani Khumalo or Clayton Daniels to lead the defence, it is their time now and I am glad that they are doing the job and doing the business,” said Williams.

For Williams – who is the captain of the ship – the task is to keep his young troops level headed, he says. He admits that it may not be an easy task but is confident that the likes of Jesse Donn, who was rewarded with a Bafana Bafana call-up for his performances, will stay focused and true to the course.

“I have to keep on reminding them that they have been doing well but they have not won anything so they cannot get ahead of themselves and be happy. I told them that the season is long, it is 30 games, it does not finish in October or November so I hope that will keep them grounded and on their toes.

“I always tell them to be consistent in their game because we don’t want one-season wonders. I tell them to look at a team like Mamelodi Sundowns and try to emulate them because they can grind results because they are not always going to play the best football and that is what we are also trying to do now.” 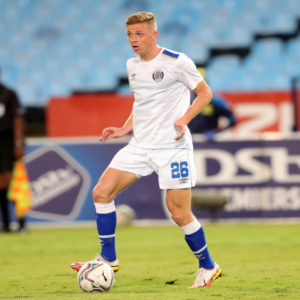