'Hlompho deserves the respect that the club is giving him. The club will issue a formal statement, says head coach Rulani Mokwena. 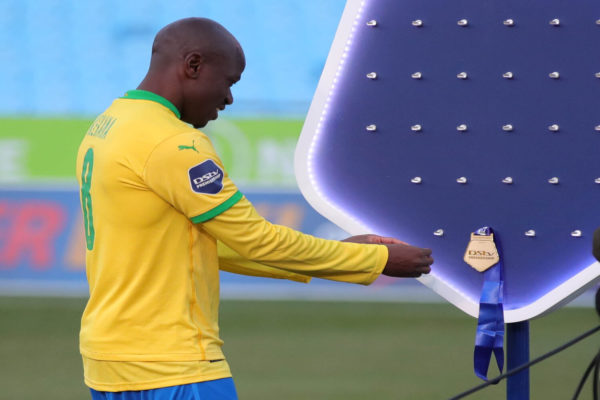 Mamelodi Sundowns have been quite mum about the talks between themselves and their long-serving captain Hlompho Kekana as they have kept discussions between the two parties locked behind closed doors.

Kekana still has three years left to run on his contract but it seems he might not take to the pitch again as Phakaaathi understands that the veteran midfielder wanted more game time than what his coaches, Manqoba Mngqithi and Rhulani Mokwena could promise him.

“Gonzalez”, as he is affectionately known, has his demise at Downs scripted by the performances of players like Andile Jali, Rivaldo Coetzee and Sphelele Mkhulise, who have been the top choices for the midfield role. Also, the most decorated captain in the history of South African football is on the wrong side of 30, making it hard, at least physically, to keep up with the demands of the modern game.

However, Mokwena revealed that the club has reached a resolution regarding the 36-year-old’s future, and at this point, it is unclear whether they will go the same route they took with Tiyani Mabunda, who they appointed as the club’s ambassador after he hung up his boots.

“Sundowns is a very good club and it is a club that treats its people very well. Hlompho is no different, he deserves the respect that the club is giving him. The club will issue a formal statement. I don’t want to say much except ‘let’s wait for the club to give a formal statement’,” said Mokwena.

Part of Kekana’s accolades at Downs include six league titles (eight overall – two won with SuperSport United), two Telkom Knockout and Nedbank Cups, the Caf Champions League paired with the Super Cup. He was not part of the celebrations of the MTN8 triumph when Masandawana beat Cape Town City at the Moses Mabhida Stadium last weekend.