Akpeyi's current contract with Chiefs is ending in June. 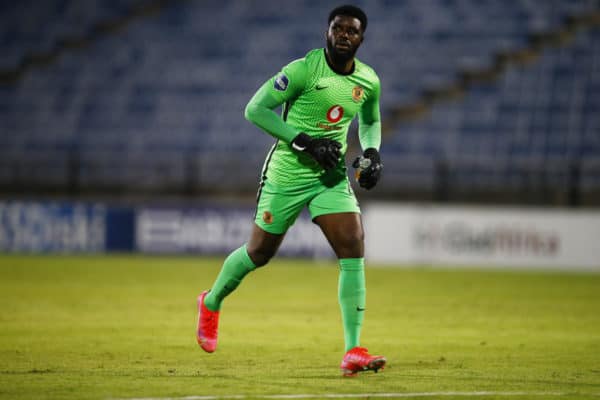 A source at Soweto giants Kaizer Chiefs, has revealed that Nigerian shot-stopper Daniel Akpeyi has been offered an extension to his contract and the keeper is more than happy with what the club has offered him in terms of remuneration.

The former Chippa United goal-minder is coming to the later stages of his spell with Amakhosi, with his contract ending in June next, giving him the right to talk to any potential clubs in January.

But, in order to stop all of that and secure their man, the management at Chiefs are said to have not wanted to waste time on delaying speaking with Akpeyi to keep him at the club.

“Everyone is happy with what he has contributed to the club, he has been very reliable and Chiefs would have wanted to lose someone with such a huge experience like him.

“I mean, Itumeleng Khune has been missing at the club for a while now, and Akpeyi is more experienced than Bruce Bvuma and Brandon Petersen. So, there was no way that they would just let him go. I hear that he has been offered a sweet contract, it’s very sweet in terms of money. But, he is one guy who is very loyal and loves being at Chiefs. I don’t think money would have been a major issue for him at the team,” the insider revealed.