Jele has played over 400 games for Pirates. 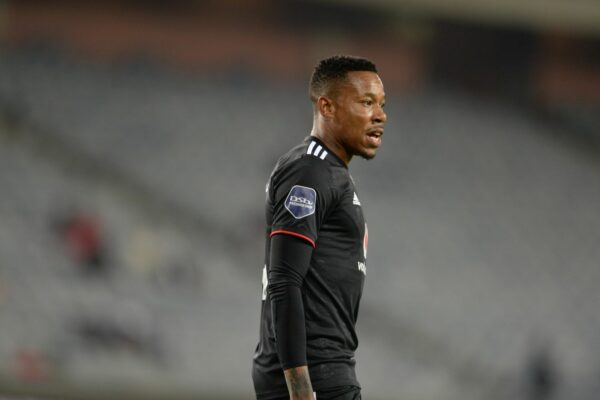 An insider at Orlando Pirates has revealed that captain Happy Jele is set to be kept at the club for another season following an impressive campaign.

READ ALSO: Redemption and Top 8 on the line for SuperSport and Pirates in season closure

The Bucs veteran is on a season long contract at the club, which is due to expire in June, but his performances at Pirates has impressed the club’s management and technical staff, who are keen for him to play as long as he can.

Another factor that is said to be working in Jele’s favour is his commitment to Pirates and the way he has been leading the club and guiding the youngsters.

According to the source, it’s not about money for Jele at the moment and all he wants is just to play football.

Jele, who has played over 400 matches for the Buccaneers, was key in the Buccaneers defence this campaign, especially in the Confederation Cup as he helped the club reach the final of the continental tournament.

“Jele is getting another season, there is no way that he will leave the club or retire at the moment. He is currently playing at a high level even though there has been some injuries here and there. That is why there are games where he doesn’t play or he starts from the bench, but it’s all about the coaching staff managing him. The coaches have already revealed that they want to keep him, especially since he has been a good role model to the young players. They like him very much and they respect him. So, you need someone like him in a team so that there could be order and the players learn from him,” said the source.