Reunited at last, Solskjaer needs Martial and Rashford to deliver

Manchester United offered a small glimpse into what could be a promising future as the attacking triumvirate of Anthony Martial, Marcus Rashford and Mason Greenwood all scored in a comfortable 3-0 Europa League win over Partizan Belgrade in midweek. 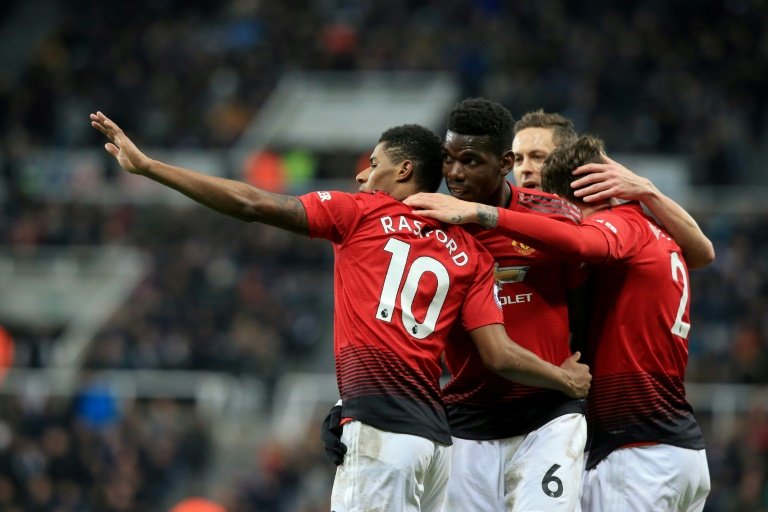 Even given the modest nature of the opposition, the sight of all three strikers scoring was a welcome one for Ole Gunnar Solskjaer, who has seen his side struggle for goals this season.

Solskjaer recognised the importance of a good victory by picking a stronger team than for his side’s three previous Europa League matches and his demand for “front-foot” football was heeded.

At 18, Greenwood offers hope of what may come as a natural goalscorer, but it is on Martial and Rashford’s shoulders that United’s hopes for the season lie.

Solskjaer’s decision with the backing of the club’s senior figures to ship out Romelu Lukaku and Alexis Sanchez in the summer transfer window have left the Norwegian with precious few attacking options, so Martial and Rashford have to step up.

Rashford has already grabbed nine goals this season and is well on course to beat his previous season’s best of only 13.

But that included a run of just one in nine games, which largely coincided with Martial’s absence with a thigh injury.

The Frenchman has scored in five of the seven matches he has started for the Reds this season since taking the number nine shirt off Lukaku, but importantly has also liberated Rashford by easing the burden on the England international.

Martial is more comfortable than his strike partner with his back to goal and can act as the perfect foil for Rashford, Daniel James and Greenwood cutting in from wide areas.

Back to a position he feels more comfortable in, Rashford has netted five times in his last six games.

With Paul Pogba is expected to remain out through injury until at least the start of December, Martial and Rashford will have to be United’s go-to stars in the intervening period.

That includes Sunday’s home game with Brighton in the Premier League, with Graham Potter’s men two points and places above United in the table.

A 1-0 defeat at Bournemouth last weekend sapped the enthusiasm from a mini-revival for Solskjaer’s side after beating Norwich convincingly in the league, Chelsea away in the League Cup and becoming the first side this season to take Premier League points off Liverpool.

And despite the scoreline, Solskjaer still was not entirely pleased with his side’s showing against Partizan.

“Sometimes you get that with a young team, which we have,” said Solskjaer of his side’s inconsistency.

“The game against Partizan was one where you can fill your boots after 60 minutes, but the last half an hour was sloppy.

“We are still not consistent enough in our performances from game to game or within the game. But it will come.

“It keeps improving and I think when we get through this, the boys will have learned a lot.”

The question remains how much time Solskjaer will be given if results do not improve quickly.

To stick around, he needs Martial and Rashford to deliver on their enormous potential and repay the faith he showed in getting rid of Lukaku.