The local tennis kingpin has had an injury-ravaged 2019. 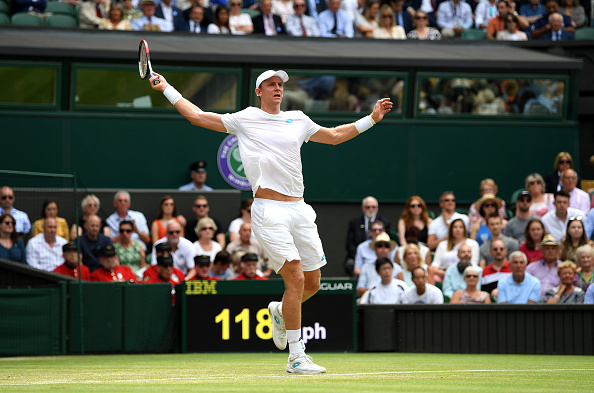 Kevin Anderson of South Africa reacts in his Men's Singles third round match against Guido Pella of Argentina during Day five of The Championships - Wimbledon 2019 at All England Lawn Tennis and Croquet Club on July 05, 2019 in London, England. (Photo by Shaun Botterill/Getty Images)

South Africa has three participants in the men’s main draws at the 2019 US Open which starts at Flushing Meadows in New York next week.

Kevin Anderson , the 2017 US Open runner-up, is seeded 16th and faces a first round encounter against a wildcard, 16-year-old American Zachary Svajda.

It’s been an injury-ravaged season for Anderson and his US Open build-up was thrown into disarray with a knee injury which forced him to pull out of Washington’s Citi Open, the two following ATP Masters 1000 events in Montreal and Cincinnati, as well as this week’s Winston-Salem Open.

The South African No 1, whose ranking has dipped from No 5 in January to No 17, could face former US Open champion Stan Wawrinka in the third round and world No 1 and defending champion Novak Djokovic in the fourth round.

Lloyd Harris is the other South African participating in the men’s singles. 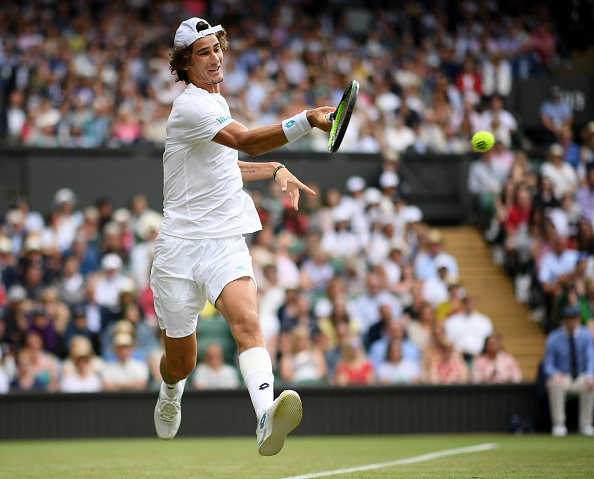 Lloyd Harris of South Africa plays a forehand in his Men’s Singles first round match against Roger Federer of Switzerland during Day two of The Championships – Wimbledon 2019 at All England Lawn Tennis and Croquet Club on July 02, 2019 in London, England. (Photo by Matthias Hangst/Getty Images)

He is currently the world No 99, but has made great strides this year by qualifying for the main draws of all the Grand Slam events.

The 22-year-old had a career-high ranking of 82 last month and will face a yet-to-be-determined qualifier in his US Open first round so will fancy his chances of advancing.

In in the men’s doubles, South Africa’s Raven Klaasen and his New Zealand partner Michael Venus are expected to go deep into the tournament.

While the doubles draw is yet to be announced, Klaasen (world No 8) and Venus (world No 9) are the third seeds.

At the most recent Grand Slam at Wimbledon, the duo made it to the semi-finals. Meanwhile, in the wheelchair event that starts on September 5, Kgothatso Montjane will again be featuring.

Montjane, the first African wheelchair tennis player to play at all four Grand Slams, was also a semi-finalist in London and will look at yet another impressive showing in a fortnight’s time.