According to the Tourism Business Council, this data-driven recovery strategy has been presented to relevant government authorities and is guided by government’s risk-adjustment strategy 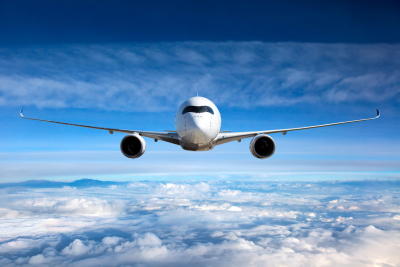 A growing number of airlines said Wednesday they were avoiding Iranian and Iraqi airspace. © AlexeyPetrov / IStock.com

South Africa’s tourism private-sector, under the Tourism Business Council of South Africa (TBCSA), has been engaging on the Tourism Recovery Strategy currently being developed by South African Tourism and are advocating unequivocally for the earlier phased reopening of international tourism to South Africa as soon as September 2020.

“This data-driven recovery strategy has been presented to relevant government authorities and is guided by government’s risk-adjustment strategy as well as the preparation that the tourism industry has put in place to ensure safety and stringent health-focused protocols to guide and assist stakeholders within the travel and tourism value-chain including staff, travellers and guests,” said TBCSA in a statement.

The council will also be presenting the approach at the next Parliamentary Portfolio Committee meeting on 9 June 2020.

“South Africa is following a risk-adjusted strategy based on levels of lockdown, not dates. These levels are defined according to relevant epidemiologic facts – parts of the travel and tourism sector have been earmarked for return in Levels 2 and 1, depending on their risk profile and the spread of Covid-19 in South Africa.

“However, we have already seen the inclusion of business travel in Level 3 as a result of successful lobbying for earlier reopening of this critical sector and we are confident that we are in a position to reopen inbound market in a safe and health-focused manner at least in September,” said TBCSA CEO Tshifhiwa Tshivhengwa.

Lockdown: DA takes up fight for hairdressers and salons

From an inbound international tourism perspective, the TBCSA is putting acute emphasis on the importance of tourism to South Africa in the fourth quarter and the value of the forward book.

“The summer high season runs from September to March and represents 60% of the annual business for tourism.  The nature of international inbound tourism is such that we have long lead times between booking and travel,” explains Tshivhengwa.

Inbound tourism employs over 375,000 people in South Africa and contributes 8.7% of our exports. It is estimated that over 40,000 jobs have already been lost within the tourism sector, and it is critical to preserve those left.

There are also significant knock-on effects on other parts of the economy as a result of not having international tourism and travel open. This will also affect South Africa’s status as a regional hub and leading African destination should neighbouring countries and our competitors open up their borders faster.

Car rentals are one of the travel services that have been reopened already, however other parts of the market such as communities and conservation have been hard hit by the lockdown, adds Tshivhengwa.

“The loss of jobs and income is already being felt significantly in those communities adjacent to parks and the direct impacts on conservation from reduced revenues and reduced corporate spending, as well as indirect impacts through increased environmental crime, are potentially devastating.”

The proposed phased recovery strategy provides for an initial 6-8 week Preparation Phase, followed by a Phase 1 trial phase where safe source markets with similar risk profiles and stages of the pandemic are allowed to travel to South Africa.

These travellers would be vetted, all stringent safety protocols would be in place and the focus would be on the low-contact product and low-risk areas, traditionally with low density.

In Phase 2, South Africa would further open key markets, expand the experiences on offer, until in Phase 3 air access is opened fully and the destination can restart its longer-term growth strategy.

“At the same time, South Africa will have to focus on continuing to create an enabling environment for tourism, which looks at more visa waivers, a robust eVisa system, the fixing of vehicle licensing and permits and air liberalisation,” concluded Tshivhengwa.