Is SA being targeted by Germany’s travel ban?

Portugal, Russia, the UK and India have been 'downgraded' from 'virus variant' to 'high-risk' countries. But SA remains a no-go for travel to Germany. 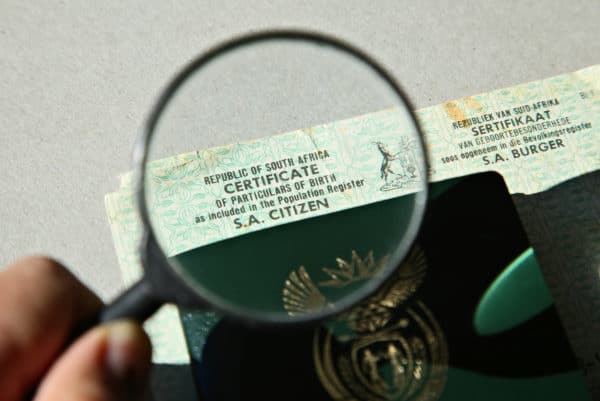 A number of South Africans desperate to get to Germany for work, study and personal reasons are crying foul over Germany’s heavy-handed travel ban on nine African countries.

With lockdown regulations constantly changing both locally and abroad, the South Africans claim they have been offered “no valid explanation or guidance” on how they can get to their destination.

This despite being in contact with the German Consulate and Embassy in South Africa, engaging with South Africa’s German ambassador, the German Federal Ministry of Health and a host of other establishments.

German public health agency, the Robert Koch Institute (RKI), announced on 5 July that Portugal, Russia, the UK and India had been “downgraded” from “virus variant” to “high risk” countries.

This is despite the UK abandoning masks and social distancing last week. Nightclubs were permitted to run at full capacity, and working from home was scrapped, resulting in a surge of Covid-19 cases, AFP reported.

But South Africa and eight other African countries, including Lesotho and Eswatini, as well as Brazil and Uruguay in South America, are still on Germany’s no-travel list. South African has been on the list since January this year.

“There is no real reason for SA to be singled out [based on the Beta variant] because, like most countries in the world, we are now seeing the dominance of the Delta variant,” Dr Richard Lessells, from the KwaZulu-Natal Research Innovation and Sequencing Platform (KRISP), told the group of stranded South Africans, many of whom sold property and assets in anticipation of a work- or study-based move to Germany.

Dirco on the case

Department of International Relations and Cooperation (Dirco) spokesperson Clayson Monyela told The Citizen on Thursday he was hopeful the issue would be resolved “in the coming days”.

“This is something we’ve been dealing with around the clock; it’s a daily issue we’re confronted with.”

ALSO READ: Level 4: How to rebook flights, travel for business or a funeral

He said most cases regarding South Africans being unable to reach their international destinations were dealt with individually, but in this regard, a large group approached the department at once, prompting a sense of urgency.

“One of the points we’re raising is this situation is not exactly fair. Germany is the main issue currently, as their measures are quite harsh.”

With the country’s vaccination programme slowly gaining momentum, Monyela is hopeful that South Africans will soon be able to travel to international countries, provided they are vaccinated and observe Covid-19 protocols.

“We engaged with the relevant authorities at all levels. Germany is also considering removing the travel ban with South Africa specifically. We are hopeful it will be resolves soon.”

Dido was offered a job in Germany in May this year. Her visa application was approved, and she gave up her job in South Africa and her apartment to get ready for the move.

Her savings account is fast depleting, but she is one of the lucky ones, as she has been able to keep her expenses low and currently resides with a friend.

She told The Citizen some members of the stranded group have been stranded for over a year. At the time, Dido feared rumours of Germany extending travel restrictions for South Africa for another year.

Others have not been so fortunate.

Dido says families and spouses have been forced and torn apart.

Chantelle, Thomas and their teenage daughter

Chantelle lives in South Africa with their 17-year-old daughter, and was eager to move to Germany with Thomas, who works there.

But as a result of Germany’s ban, Thomas had to return to Germany for work, and their daughter was unable to register for school. Their wedding has also been postponed more than three times.

Their emigration documents have now expired, which means they now have to tackle the taxing process from scratch.

“If we don’t move before my daughter turns 18 in a few months, she will have to stay behind and reapply for the family reunification visa as an adult – this will be absolutely horrendous and heartbreaking as I will never leave her behind, and our family will be separated for even longer and her school career will be delayed even more”

The couple, together for two years, have been separated for one year and four months.

They last saw each other when Johanna visited Lutho in SA in March, but Lutho, who was offered a permanent job, has not been able to complete his move to Germany.

Lutho plans to study law part-time as well, but has had to put his life, studies and livelihood on hold because of the ban.

“We hope every day that the German government will change something and make it possible for all people who have been through this situation for months to see their partner, wife/husband again without any prohibitions or restrictions.

“It’s a tough time that I don’t wish for anyone.”

Jethro was set to depart to Germany on 28 February this year, for a one-year exchange at HTWG Konstanz.

He postponed his final year of studying mechanical engineering, a decision he said was not easily nor taken lightly.

He now risks losing his internship opportunity and has missed out on more than half of the academic year. He has also incurred over R32,000 in expenses for rent in Germany.

Jethro also said it was unfair that German exchange students regularly get to travel into South Africa.

“I was unable to depart on 28 February 2021 because a ban was implemented during January of 2021. As a result most South Africans were prohibited from travelling to Germany, including those for essential purposes.

Dido said Jethro was just one student out of 12 in the group of stranded South Africans, and only three now have the prospect of realising the opportunities they were afforded before the ban.

She also said the South Africans’ future employers are saying they can’t hold their positions forever, leaving them more helpless and frustrated.

The result is that an undisclosed number of people’s lives are in limbo, as they are unable to commit to job opportunities in South Africa. They are holding out hope that the borders will open for them to have their dreams realised in Germany.

But despite the bitter taste left in the mouths of the group, they keep fighting, writing open letters to anyone who will listen and creating petitions. They have also spoken to a number of news outlets to get their stories heard.

They remain committed to pursuing their opportunities in a country that refused them opportunities, a true testament to the resilience of South Africans.