This brass monkey weather is bollocks

Her co-favourite is unraced Twenty Four Kay from the Candice Dawson yard – who are no mugs when it comes to assessing debutants. 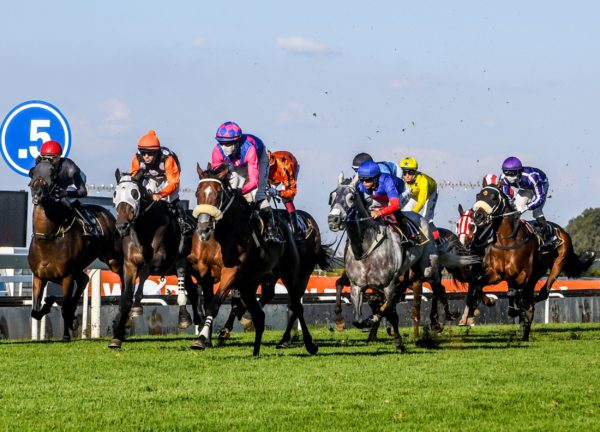 Some exciting races are on the cards for the Vaal on Thursday. Picture: Gallo Images

It’s “brass monkey weather” on the Highveld from Thursday – but racing will gallop on at the Vaal. That saying comes from a longer idiom: “It’s cold enough to freeze the balls off a brass monkey.” Before anyone turns away in distaste at perceived profanity, the balls in question are said to be cannonballs.

Smarty pants on the internet tell us that warships of old used to have brass plates, called monkeys, with depressions that held cannon balls in readiness for action. If it got freezing cold on the high seas, the brass would contract and the steel balls would be squeezed out and roll away.

Nice story. But it turns out to be bollocks.

Naval historians say there never was such a piece of equipment. It seems the original saying was “Cold enough to freeze the tail (or nose) off a brass monkey” and referenced the famous three monkey statues that see, hear and speak no evil in homes across the world. Vulgar blokes just made it ruder – as they always do.

All of which is a lot less fun.

Our pressing concern, though, is how chilled testicles will be on horses who must gallop through Arctic air sweeping across the Vaal racecourse on Thursday when an eight-race meeting is staged on the Classic track.

In Race 1, a horse called Safe Passage doesn’t have a problem as he lost his balls recently. They weren’t frozen off, but deftly removed by a vet with a scalpel.

Safe Passage showed promise in his first two runs for the Mike de Kock yard, particularly when stepped up to 1600m and finishing only 2.40 lengths in arrears despite racing green.

Safe Passage is by top sire Silvano and is owned by Drakenstein Stud, so careful thought would have been put into the decision to geld him. The deed was done, his blood composition will have been modified and we can expect improvement in his competitive effort.

He is ante-post favourite for the Maiden Juvenile Plate, suggesting confidence from the connections, and could get punters – sitting snug and worm at home – off to a winning start.

De Kock also has a knacker-less favourite in the second race – a juvenile filly called Wisteria Avenue. A daughter of promising new stallion Flower Alley, she has only had one outing, when she showed inexperience and finished fifth out of seven runners. Her short odds indicate some confidence from the connections, so we must assume she shows good work and growing maturity at home.

Her co-favourite is unraced Twenty Four Kay from the Candice Dawson yard – who are no mugs when it comes to assessing debutants. The obvious Exacta might not pay much, but it could keep us on the winning path.

The rest of the card looks a tad chilly – in all senses.

One warm order – as they say – is Paul Peter-trained Reunion in Race 5. This son of Flower Alley had his big snip in late March and took a little time to get over the shock and resentment.

However, he blossomed when put over more ground and crowned the revival with a 2000m win at Turffontein on 25 June. This Middle Stakes is over 1800m and, with Gavin Lerena jumping him from No 3 draw, he should go in again.