The airline was barely able to pay salaries in May. 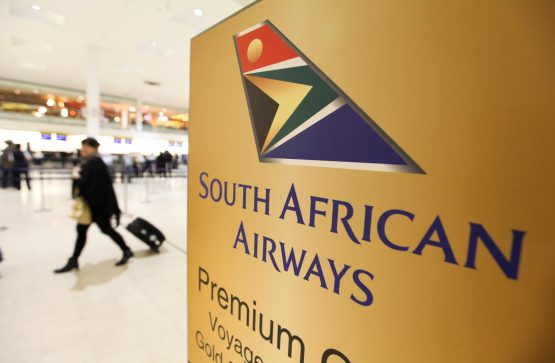 Moneyweb has established that the airline paid managers’ salaries on May 25 from a VAT refund, while the rest of staff were paid on May 27 from a loan the airline secured. There is considerable doubt as to whether the airline will be able to pay staff and suppliers in June.

This follows a report in the Sunday Times that Standard Chartered Bank has rejected a request by SAA to extend the loan facility, which matures at the end of June.

Moneyweb submitted questions to SAA early Monday morning regarding the payment of salaries, but has not received a response. The Public Investment Corporation (PIC) also did not respond to questions.

Moneyweb also inquired with a large supplier of SAA to see if there had been any non-payment or delays for goods and services rendered. At this point, the airline is within its credit terms (30 days).

There has been speculation that the PIC is putting together a recapitalisation plan, despite the Government Employee Pension Fund (the PIC’s biggest source of funds) issuing a statement denying this last month (see below).

The GEPF reiterated this position on Monday:  “The GEPF’s position with regards to funding SAA still stands as per the media statement that was issued by the fund, however, if there are any changes the GEPF will engage with the PIC on this matter as we always do.”

To this end, Moneyweb asked the Minister of Finance, Malusi Gigaba, directly last Thursday whether the PIC was drafting a recapitalisation plan for the airline. He did not refute the statement directly. Instead, he said: “We are looking at ways to recapitalise it. This will be linked to [restoring] good governance. We will ensure they implement the turnaround strategy. The new CEO will be responsible for that. It has to regain the confidence of its patrons. We think we can get it done. SA is a regional hub. It has patrons who can afford to fly. We are going to be tough with SAA. They will need to demonstrate they are prepared to regain the confidence of the public.”

GEPF is not funding South African Airways – May 25 statement

Government Employees Pension Fund (GEPF) would like to reiterate and to assure its members, pensioners and beneficiaries that their pension savings are safe.

Last week National Treasury told the National Assembly that it is considering various options to recapitalise South African Airways (SAA) which includes the Public Investment Corporation (PIC) who is our fund manager as a possible equity partner, however Treasury speculation is perceived as confirmation that the GEPF’s assets will be used through the PIC to Fund SAA.

The GEPF would like to assure its members, pensioners and beneficiaries that the Fund has not received or been approached with such a proposal and no discussions have been held with GEPF on this matter, therefore we urge all our members and pensioners not to panic or read too much into this speculation. The GEPF through the PIC receives many requests all the time and rigorously considers the merits of all investment opportunities and invests prudently in the best interests of its members, pensioner and beneficiaries.

The GEPF adheres to strict regulations governing its financial liability to members, beneficiaries and pensioners, as well as its financial soundness. Moreover, the GEPF has confidence in the PIC’s ability to prudently invest funds on its behalf in terms of the agreed investment mandate. The GEPF constantly monitors and evaluates the PIC’s performance in accordance with its investment policy and mandates.

GEPF members, pensioners and beneficiaries are reminded that the primary role of the GEPF is to protect the wealth of its members and pensioners by safeguarding their retirement benefits through proper administration and prudent investment.

According to the Democratic Alliance, SAA has listed R8.88 billion repayable in the current financial year, but some of these dates have already come and gone. “All of SAA’s loans are backed by government guarantees that in total now amount to R19.1 billion,” wrote the DA’s Alf Lees on the party’s website at the weekend.

The problem with SAA’s position is that the uncertainty could in effect create a “bank run”. As the true nature of the airline’s fiscal position is made public, lenders start demanding the immediate repayment of loans. This effectively means that the state or a related party involved in the recapitalisation (like the PIC) steps in to take over the debts. The entity then becomes completely dependent on the fiscus for support, which means National Treasury may have to write a cheque in the next few days to keep suppliers from taking the airline to court, and potentially having it placed in business rescue.

SAA has possibly defaulted on billions in loans – DA