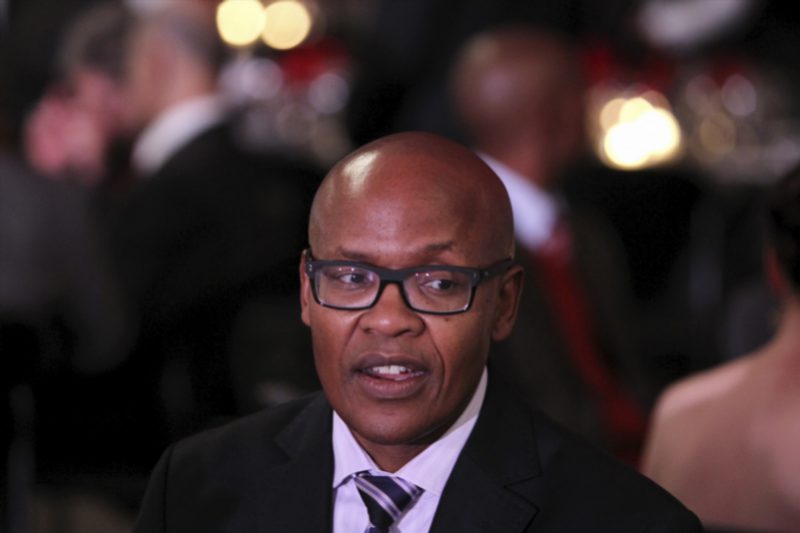 The new owner of the Guptas’ media entities, Mzwanele Manyi, on Wednesday released information on the identities of the shareholders in his company Lodidox, which revealed he was the sole shareholder of the business.

Manyi announced Lodidox did not have any other shareholders, but that could change, during a live press briefing broadcast on his newly acquired news channel, ANN7.

He said he had decided to make public the company’s shareholders register and other related documents to correct the “malicious narrative” in the media surrounding his purchase of the Guptas’ newspaper, The New Age, and the television station for R450 million.

Manyi denounced the media and said the public scrutiny over his acquisition of the media entities with money loaned to him by the Guptas was meant to cast aspersions because he was black.

“I have decided in the spirit of transparency and public interest to make available to the public the details of Lodidox shareholders register as requested and other related documents, with an express hope that the baseless negative reporting, speculations and the rumour-mongering will come to a grinding halt,” he said.

The release of the documents follows several requests from media houses for Manyi to make public Lodidox’s shareholders. He said letters he received from lawyers representing the media houses threatened to institute criminal charges against him if he failed to comply with their request.

Manyi said his initial stance was to challenge the requests in court because he believed he had the right to have his privacy protected. However, he backed down and decided to waive his right in the “public interest”.

According to Section 26 of the Companies Act‚ the names of shareholders in a private company must be provided when requested. Should the company directors fail to provide the information following any reasonable request‚ it would be illegal, and the directors could be criminally charged.

‘I did not invent vendor financing’

Manyi slammed reports suggesting his purchase of the Guptas’ media entities through the vendor financing deal was a suspicious transaction, saying he did not invent the debt financing instrument and that other companies were increasingly making use of vendor financing.

“Vendor financing is not an invention of Mzwanele Manyi, this must be very clear. I did not invent this instrument. The hypocritical response to it [vendor financing] actually exposed the ignorance, if not malice, by those who have made negative comments,” he said.

He also “rejected with contempt” reports that the valuation of the Gupta media companies was at R50 million.

“I have concluded the transactions with confidence about the ability of the two media companies,” he said.

Manyi offers to ‘rehabilitate’ Justice Malala and double his salary