How the Post Office plans to pay social grants 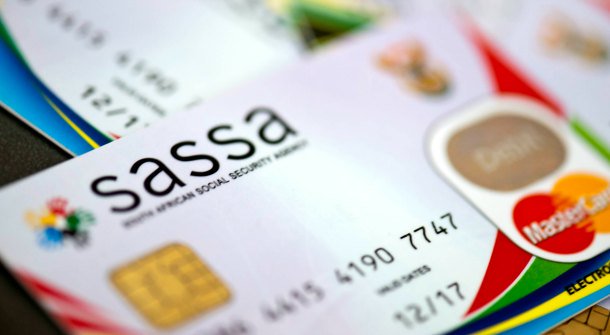 t’s now crunch time for the South African Social Security Agency (Sassa) after it finally signed an agreement with the South African Post Office (Sapo) to play a core function in distributing social grants to more than 10 million beneficiaries.

As expected, a hybrid model that will see the Post Office collaborating with commercial banks to distribute social grants has been adopted to replace the current contract of Cash Paymaster Services (CPS) when it expires on March 31 2018.

After wasting 11 months in a vain attempt to find another service provider, Sassa is now reverting to the original hybrid model proposed by the technical team.

The announcement of the deal with the Post Office on Sunday by Jeff Radebe, Minister in the Presidency, has drawn speculation again on whether the state-owned entity has the capacity to be the paymaster in less than four months.

“It will be difficult, even impossible, for Sapo to take over a complicated payment system from CPS by April next year,” said an expert, who asked not to be named.

Sassa is sticking to its tight deadline of February 2018 in phasing out CPS’ contract, which was declared invalid by the Constitutional Court in a scathing judgment in March 2017.

The agency has also set a deadline of March 18 2018 for the mammoth task of transferring the personal data of social beneficiaries to the Post Office, enrolling their biometric data, producing new cards that beneficiaries will use to access their social grants, and merging the Post Office’s branches across SA with Sassa pay points.

The Post Office – which has over 2 000 outlets across the country and operates Post Bank, which has 5.8 million clients with savings accounts – will not have the exclusive right to distribute social grants, according to the service agreement it signed on December 7 with Sassa.

Under the agreement, the Post Office is expected to offer banking services through its branches for social grants payments until 2023.

The Post Office’s main functions would include the production and issue of new payment cards, conducting biometric authentication of new or existing beneficiaries and developing social grants payment software in partnership with the State Information Technology Agency and the Council for Scientific and Industrial Research.

Mark Barnes, CEO of the Post Office, previously said that its offering would be affordable for the fiscus. Sassa continues to pay CPS R14.42 plus vat per social grant recipient, while the Post Office has proposed a fee of R12.41 plus vat for its branch services.

The Post Office is planning capital investments to bolster its reach across SA for the distribution of social grants including the acquisition of new Post Bank ATMs, cash pay point and branch infrastructure, and point-of-service devices.

Radebe has argued that directly depositing social grants into commercial bank accounts would enable beneficiaries to use a bank of their choice, which means the Post Office’s systems would be less burdened.

Sassa still faces the task of convincing commercial banks to be part of the social grants payment system.

SA’s major banks – mainly Nedbank, Standard Bank and FNB – were initially keen to participate in the payment system, but were put off by the onerous tender requirements imposed by Sassa. Unless the National Treasury grants Sassa a deviation from going through an open tender process to procure services of commercial banks, phasing out the CPS contract might be drawn out.

Sassa plans to launch a tender for a new service provider to handle the cash payments portion of the social grant system.