Mantashe to engage further on ‘once empowered, always empowered’ ruling

The minister says he is confident that government will conclude the work on the Mining Charter in May. 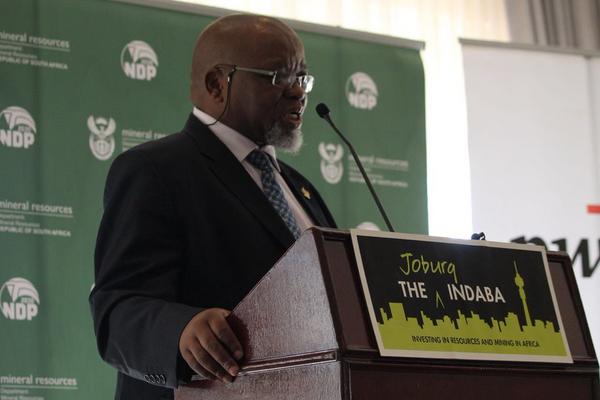 Mineral Resources Minister Gwede Mantashe on Tuesday said his department would be engaging further with the mining industry about the contested “once empowered, always empowered” ruling.

Last week, the North Gauteng High Court granted a declaratory order on the “once empowered, always empowered” rule for BEE ownership transactions after the Chamber of Mines disputed a provision in the 2017 Mining Charter.

The “once empowered, always empowered” principle refers to the situation where a mining company continues to be recognised as being BEE compliant even after the exit of a black partner that held a stake in the company, in order to retain its mining rights, despite losing its black ownership due to the withdrawal of the partner.

The Chamber of Mines last year requested a declaratory order from the high court confirming that past empowerment deals could be claimed by mining companies, even if those BEE parties had exited from the transactions, or if the transactions had failed.

The 2017 Mining Charter required holders of mining rights to top up black ownership of its mines to 30 percent if ownership fell below the level. The government’s draft mining charter specified that a black ownership target of 26 percent must be maintained throughout the life of the mine.

Speaking at the Platinum Group Metals (PGM) executive breakfast in Johannesburg, Mantashe said the department of mineral resources (DMR) would continue to seek a solution in this matter in collaboration with the mining industry.

“Our preference is to engage with the industry and come up with a solution. We are not in support of a blanket recognition of past deals. Each case must be assessed on its own merits. Transformation is not an option, it must be a business imperative,” Mantashe said.

“We want to build a globally competitive, sustainable and meaningfully transformed industry. We should finalise the Mineral and Petroleum Resources Development Act. We are very low in ratings. Our responsibility is to change that and remove policy and regulatory uncertainty.”

Since his appointment in February, Mantashe has embarked on a drive to mend relations between the mining industry, government and social partners, including two task teams to look at the controversial Mining Charter.

“I am confident that we will conclude the work on the Mining Charter in May,” Mantashe said.