The Wieses want their Pepkor back

And this might well tear Steinhoff – what's left of it – apart. 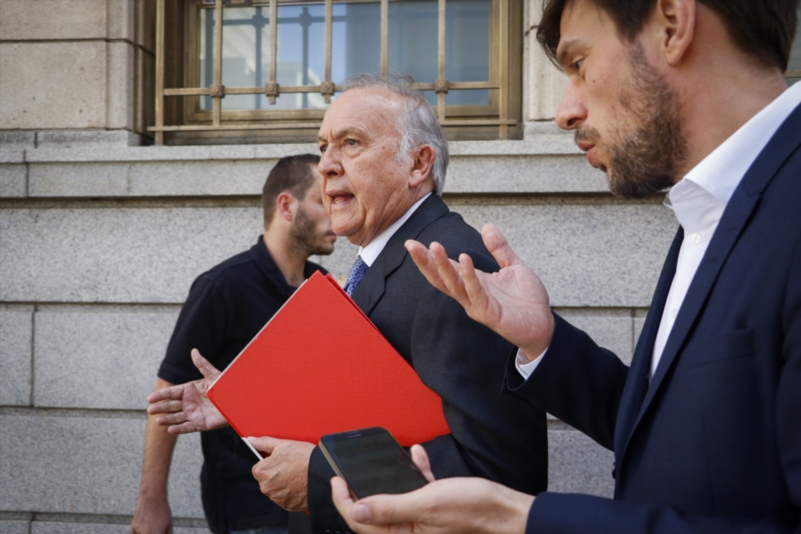 Former Steinhoff chairman Christo Wiese during the company’s executives appearance at a parliamentary hearing into the Steinhoff scandal on January 31, 2018 in Cape Town, South Africa. Replying to questions, Wiese said, detecting fraud within a company was hugely difficult for board members‚ especially if the CEO was allegedly involved. (Photo by Gallo Images / Netwerk24 / Adrian de Kock)

Christo Wiese, through entities in the control of his family trusts, has instituted claims amounting to R59 billion against Steinhoff as announced in a press release this afternoon.

The amount comprises two claims: the first, for the transaction that saw Wiese vend his 52% stake in Pepkor – a privately-held business started by his parents – into Steinhoff in 2015. The second claim relates to the subscription of shares Wiese entered into when Steinhoff undertook a capital raising in 2016 in order to fund the acquisition of Mattress Firm in the United States.

In a letter accompanying the summons, Wiese’s attorneys state that he believes it is in the best interest of all stakeholders in Steinhoff that a restructuring of the group be effected on fair and equitable terms. Wiese said, in his view, that the Steinhoff group owned some excellent businesses most of which it acquired from Pepkor in 2015. “In a restructured Steinhoff, these businesses have every potential of continuing to create value for all shareholders and claimants.”

Investors were informed of progress in respect of claims made by vendors (individuals and entities that had sold businesses to Steinhoff) at last week’s marathon AGM. Moneyweb learnt from sources over the weekend that Wiese was allegedly one of the vendors making claims, and with particular reference to the Pepkor acquisition. When read in conjunction with Wiese’s own statements, it seems clear that claims had been made or were imminent:

“Wiese says: “I had a cordial discussion with Steve Booysen. He told me the feeling on the board was that I, as the largest shareholder in the company, and who also has the largest claims against it, should resign from the supervisory board in order to avoid any conflicts of interest. I agreed to this request. There was simply no confrontation.”

When approached for comment, Steinhoff provided the following statement: “The group is currently in communication with vendors and no formal legal proceedings have been instituted to date by any vendors, therefore we are not in a position to quantify any claims.”

Moneyweb submitted questions to Wiese on Monday and were not provided with a response until this afternoon’s press release.

As per the Sens announcement made on November 25 2014, in exchange for the Wiese family’s direct stake in Pepkor, Wiese received 609.1 million shares in Steinhoff based on a share price of R57 a share. In addition, Brait, which Wiese indirectly controlled through a 34% interest, received 200 million Steinhoff shares and R15 billion in cash for its 37% stake in Pepkor. The total transaction was valued at R61 billion.

Pepkor was the foundation of Wiese’s enormous wealth. According to the book Forbes Africa’s Billionaires by Chris Bishop “….on a quiet Upington street, Wiese’s parents and some family members co-founded Pep Stores in 1965 and they became its largest shareholders.”

For the financial year ending June 2015, just months after being vended into Steinhoff in exchange for shares, the previously privately-held group reported revenues of R45 billion and profit after tax of R2.2 billion. This enabled the company to pay a dividend for the year of R2 billion. Not a bad performance for a business with its humble beginnings on a quiet road in Upington.

In order to do the deal with Steinhoff though, Wiese – an outsider to the company at the time – relied on the 2014 annual financial statements of Steinhoff, statements that we revealed, through leaked emails this year, could have been fraudulently manipulated by Markus Jooste.

Lawyers we have spoken to seem to suggest that with respect to the Pepkor transaction, Wiese might have a valid claim if he can prove that the financial statements were fraudulent. To date, Steinhoff has not formally withdrawn financial statements for years before 2015.

Dr Wiese might not be so interested in receiving damages, as he is in getting the family jewels back. Having invested 50-plus years of his and his family’s blood, sweat and tears building up Pepkor into the juggernaut it has become, the Godfather of South African business will not let control of the family business slip away. The Wieses want their Pepkor back.