Another of Eskom's emissions reductions projects is up in the air. 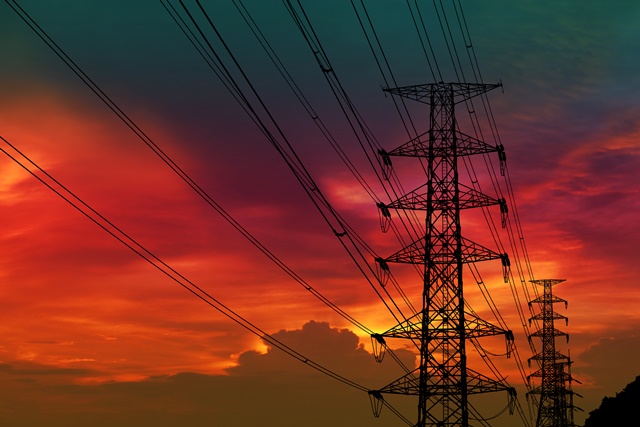 A commitment by the public power utility to build battery storage technology in South Africa has yet to get off the ground, once again raising the possibility of it breaching its loan agreements with the World Bank.

One of these projects, the Sere Wind Farm, is complete and is operating successfully. Another project, the Majuba Railway Line is also years overdue, but some progress has been made to complete it.

As News24 reported last week, another project, the installation of flue gas desulphurisation technology, to reduce the sulphur dioxide emissions at Medupi, is also years overdue and is only expected to be implemented in 2030.

The World Bank loans were part of an effort to assist Eskom in funding the construction of the mammoth Medupi power station. As part of the agreement, Eskom was to invest in renewable and emissions-reduction technology, in theory, to offset the impact of building another enormous coal power station.

The loan agreement was finalised in April 2010.

Initially, Eskom was supposed to invest in a project called the Kiwano Concentrated Solar Power project, but little progress was made.

Around October 2017, with little progress to show for the Kiwano funding, Eskom proposed to convert the project to a battery storage one. The World Bank agreement was amended accordingly in November 2018, according to World Bank documentation.

According to the documents, $245 million was committed to the Battery Storage Project (BSP). Technical, social and environmental assessments for the selected sites have been made and Eskom has “substantially advanced” discussions with the market. This included a webinar held in September 2019.

But procurement processes for the project were due to legal and technical considerations. News24 understands that this was due to a clash between the World Bank’s contracting procedures, which as the creditor it sought to enforce, and the Public Finance Management Act, by which the South African government had to abide.

Eskom needed approval from the minister of finance to deviate from the PFMA strictures, which it received in August 2019. In November, it received sign-off from the Department of Public Enterprises to start work on phase one of the project, which will cost about R7.5 billion, or $485 million. Other financing institutions are expected to make up the shortfall for the costs of the project.

The deadline for phase one of the project has been shifted to June 2021.

The BSP project will see the installation of batteries at some of Eskom’s substations located where wind and solar energy from Renewable Energy Independent Power Producers feed into the grid. The project, when completed, will be one of the largest of its kind in the world, News24 understands.

It was supposed to go out to tender in the first quarter of this year, but as of last month, it had not done so, Eskom confirmed to News24.

While Eskom is legally bound to take on these projects because of its contract with the World Bank, the question many experts are asking is: Can the embattled power producer take on another mega-project like the BSP while overseeing its massive restructuring programme, finding a way to reduce its R450-billion debt, completing the mammoth and overbudget Medupi and Kusile projects, upping the maintenance on its ageing fleet, and keeping the lights on.

Eskom was unable to put a timeline on when the procurement process would be finalised when asked by News24, and said this was dependent on “internal and external governance”.

But it said that it was committed to reducing its emissions and had a “comprehensive” climate change strategy.

Asked why the World Bank had not held Eskom to account for continually postponing the completion dates of these projects, it said:

“Due to implementation delays, a project extension was necessary to ensure the project objectives are achieved…”The World Bank continues to support Eskom in the implementation of the Eskom Investment Support Project to ensure compliance with applicable emissions requirements and that the project contributes as intended to improving the power supply situation in South Africa.”