Inside the Woolworths juggernaut 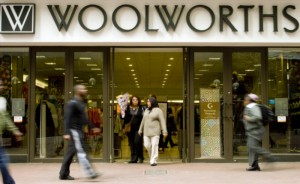 At the time, he spoke of shifting more customers to trolleys, not baskets, and of gargantuan 2 450m² stores with 7 500 distinctly different products on sale (stock-keeping units or SKUs). Remember, this was before Nicolway or Waterstone in Somerset West (and certainly way before Dainfern Square)!

That 2 450m² store referenced in the presentation was Nicolway, and Woolworths also set about deliberately increasing the size of all its food stores (and in locations with clothing and food, it increased the portion of the floor space dedicated to food). It’s fair to say Woolworths delivered on this strategy and then some.

At the end of calendar 2011 (H1 of its 2012 financial year), it had 160 000m² dedicated to food in South Africa, with the food business as a whole generating around R7.5 billion in turnover for the six months. At that time, it was completing a process to buy back its franchise stores in SA (crucial to the broader strategy it was embarking on). Within four years, it’s grown its total food space in the country by 31% to 209 000m², and remarkably food revenue is up by two thirds (67%!) to R12.4 billion.

Expenses have been kept in line and this has delivered a 150 basis point improvement to operating margin in the food business (from 5.6% in December 2011 to 7.1% in December 2015). Rivals would kill to have margins anywhere close to this…. Building out a footprint of larger supermarket stores and increasing the space of its neighbourhood stores has seen the average size of its food stores increase steadily over the past four years. There are some funnies in these numbers, as concession sales (effectively to Engen Woolworths Food Stop convenience store franchisees) will be in the headline revenue number but not in the space totals (these are food stores in SA only). Engen Food Stop stores currently total 67 across 2 000m2.

Of concern is the noticeable slowdown in comparable sales growth and, factoring in inflation, this number has been negative to flat for the last 18 months. All sales growth has come from new space, which is to be expected during such an aggressive increase in space. This looks to be settling down and the medium-term focus will surely be to leverage this real estate. Earlier in 2016, in its results for the half-year to December 2015, Moir maintained the strategy was to “become a big food business with a difference”.  The rate of space growth is slowing, at 10.2% over the past year (effectively calendar 2015) but an annualised rate of 9.8% is expected for the financial year to June 2016. To June 2017, it projects this will slow to 8%. And looking around at its food stores, you get the sense the heavy lifting is all but complete. Practically every neighbourhood store has been expanded by 20%/30%/40%. The new stores it’s adding are more of the destination variety.

Since the purchase of David Jones in Australia, there have been murmurs about building out a proper food proposition in that country. There are one or two clues that the preparatory work is being done. It knows how to do this and it has a model that works. Any bets that it’s not eyeing this opportunity with earnest?

* Hilton Tarrant works at immedia. He can still be contacted at hilton@moneyweb.co.za