The bad state of roads in the Free State. Picture: Neil McCartney

The Johannesburg Roads Agency (JRA), an entity within the City of Joburg, is currently unable to produce asphalt at a R50 million plant it acquired in 2017.

As lockdown eased and the JRA began tackling an enormous pothole backlog, reports suggested that a “shortage of input materials” was to blame. This was not the case. The plant has not produced a single kilogram of asphalt for over five months.

Launched with much fanfare by then-Mayor Herman Mashaba in August 2018, the plant in Booysens was intended to “speed up service delivery”. But it has been plagued by breakdowns and “operational issues”.

A long-awaited report tabled to the city’s transport committee reveals that the “plant has not met any of [its] production targets”.

The original plan was so ambitious that the JRA projected it would be able to sell 30% of production “to projects at a price competitive with private asphalt suppliers”, which would aid its viability.

That it managed to achieve 45% of its target in that year seems to have been commendable as the report notes the “underperformance of the plant has been the case in [the] second year (2019/20) and [the] first quarter of the current year (2020/21)”.

No further production data is provided, but given the increasing number of operational challenges, it is likely to have been far worse than just 45%. In fact, the report says in July the plant was “not operational” for the whole of July “due to procurement challenges related to gas supply”. Beyond the specific issues in that month, it also says the plant has been plagued by “low pressure gas supply” which “impacts production rate”.

This is not the only operational hindrance. The usual twin problems in local government – “shortage of supply of materials and internal human resource challenges” – are also present in this instance.

ALSO READ: It’s not only white people who care about potholes

But the problems run far deeper.

Of the 14 “additional challenges” listed in the report, these six are especially damning:

In other words, the city rushed the procurement of this plant without much thought as to how it would operate it sustainably in the long term.

The report highlights that because the warranty has lapsed, this “implies that the entire risk of running the plant is now with JRA and the original manufacturer cannot be held liable [for] any operational failures and damages”.

It adds: “This risk is exacerbated by the fact that when the original manufacturer left, there was no skills transfer to JRA staff and JRA employees do not have the necessary certification to operate the plant.”

The laboratory is described as “not functioning”, the site is not secured with an electric fence or alarm system or cameras, and the report calls the current organogram/structure “misaligned” to the needs of the plant.

The report notes matter-of-factly “the employees at both the asphalt plant and [the] laboratory are currently not working whereas being paid”.

This is obviously untenable.

But the report does present a clear plan of action.

In the short term, it says “there is an urgent need to procure, on a term contract basis, a technical advisor/specialist asphalt plant operator whom among other critical low hanging actions will assist in a detailed diagnosis of the operational issues”.

It says: “This would reduce the risk associated with the lapsed plant warranty as the operator would ensure that the plant is operated accordingly, reducing the risk for technical breakdowns, and renew or procure [a] warranty on behalf of JRA.”

The JRA this week advertised for the position of ‘Operations Manager: Asphalt Plant’ on a 12-month fixed-term contract. Further, it suggests procuring “the services of specialist training entity to assist” with the training of personnel. The organogram will also be redesigned, with clear accountability for production, maintenance and commercial.

In the medium term, however, the city seems to have realised it may actually be best to get out of the asphalt-producing business.

The report to the committee says: “Management is of the view that the JRA board should consider going to the private market and seek expression of interests for [a] public private partnership (PPP) to operate, capacity development and hand over the plant over a determined period. This approach might require an establishment of a special purpose vehicle (SPV) which will require support and approval from the city. It is evident that to run the plant in a viable manner requires a more long-term approach than rushing to open it while it is not being used efficiently.

“It is management’s view that adopting the mid-term approach is more appropriate to avoid the continuous waste of resources.

“In the meantime, JRA will utilise the panel of asphalt suppliers to address all operational requirements.” 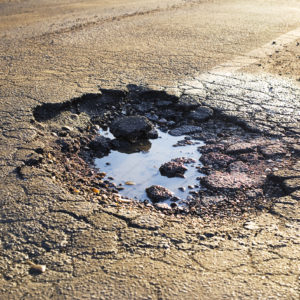 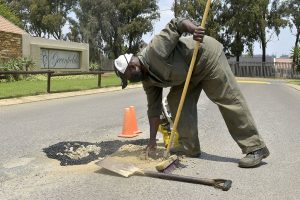 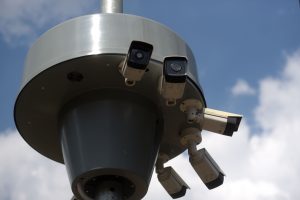