Additional charges for using other banks’ ATMs are back

Banks charge consumers for handling transactions with cards from other banks. 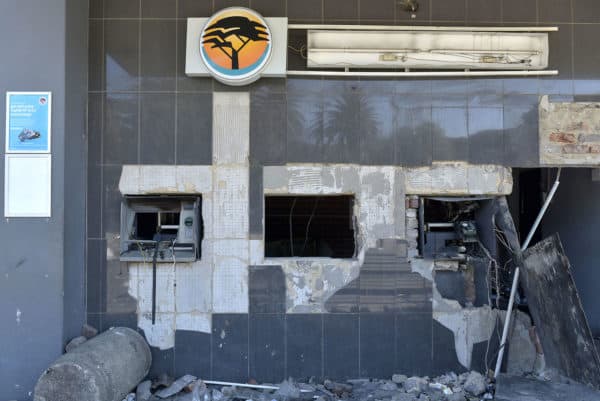 Additional charges for using another bank’s ATM will be reinstituted from Thursday after they were temporarily suspended on 1 August to assist social grant recipients and consumers who live in areas where ATMs and branches were destroyed during the unrest and looting in July.

According to the Banking Association of South Africa (Basa), social security grants, as well as the availability of cash, have continued without interruption since the unrest, despite extensive damage to banking infrastructure in KwaZulu-Natal and parts of Gauteng.

Basa says banks have to recover the operating costs of the ATM network to sustain and maintain it for the benefit of everyone and therefore, charges will be reinstated.

Every month, over 12 million beneficiaries use banking infrastructure to receive grants to the value of more than R15 billion.

The banks are also working with other stakeholders and South African Social Security Agency (Sassa) to reintroduce the Covid-19 Social Relief of Distress Grant and Sassa is encouraging beneficiaries to open bank accounts that will enable them to receive their grants directly.

Basa also says after further review of the damage to banking infrastructure, it is estimated that 1,976 ATMs and 332 bank branches were vandalised or damaged, along with retail outlets, post offices and other cash distribution points.

Initially, Basa estimated that over 1,400 ATMs and 269 bank branches were vandalised or destroyed.

The average cost of replacing an ATM is R385,000, while rebuilding a branch is estimated to be R4.3 million.