Shareholders are being asked to carry the can for others’ failures. 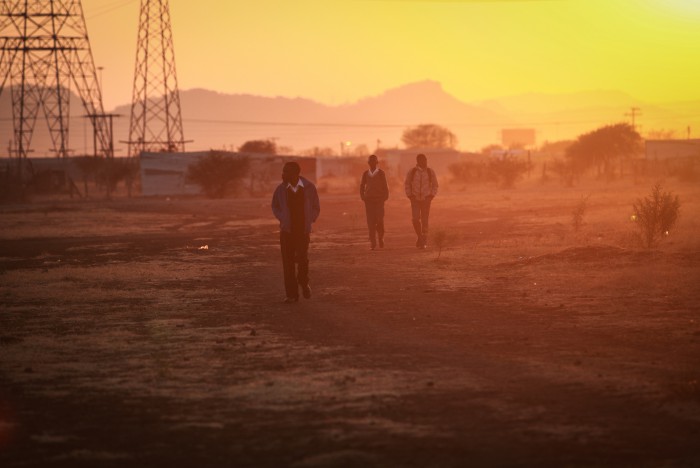 Someone needs to put an end to this whole sorry state of affairs. Tomorrow. At the company’s general meeting in London that has been called to approve the transaction. We have written extensively on the reasons for Lonmin’s precarious position. Here I lay out five reasons for why the rights offer should be voted down.

1. The management team of Lonmin is on record stating that if the rights issue does not go ahead the company will have to close its doors. I personally don’t buy that for one second. If the rights issue doesn’t go ahead, it will force everyone back to the table to make the hard, tough concessions that will return the company to a sustainable path of profitability which should have been done years ago.

2. The loss of its empowerment status: Lonmin lent $304m to Cyril Ramaphosa’s Shanduka Resources in 2010 to fund the purchase of a 50.03% interest in Incwala, the company’s designated BEE vehicle (which owns stakes in Lonmin subsidiaries). The idea was that Shanduka would repay the loan with dividends received from its stake in Incwala.

Obviously the poor performance of the company meant that dividends were not forthcoming, so by the end of September 2014 (the company’s financial year-end), the loan amount owed by Shanduka vis-à-vis Incwala had increased to $399m. Lonmin then took the decision to impair the loan, writing off $297m to leave an outstanding amount of $102m as at the end of September 2015.

Shanduka has effectively decided to walk away from the obligations of the loan due to the implications of the rights issue. Incwala was still receiving R228m by way of advance dividends in the 2015 financial year alone. So it appears Lonmin was literally throwing money at its empowerment partner when shareholders hadn’t been paid a dividend, and then when the going got tough, Shanduka simply elected to walk away.

The company’s other empowerment partner are the Bapo ba Mogale tribe which represent an ownership stake of 2.4% in Lonmin and who have indicated they do not have the financial resources to follow their rights. So the company will be forced to issue 617.5m shares to them at a greatly reduced price of 0.000001 cents per share (for a total consideration of R617) to prevent the dilution of their ownership stake. Had there been clarity on the ‘once empowered, always empowered’ principle from the DMR, this might not be such an issue. But since this has not been forthcoming (the issue is headed to the courts) one must assume that the company needs to remain empowered to ensure it can retain the mining licences it requires to operate.

3. The rights issue is really being done at the behest of the banks – to mitigate their risk. Of the $407m in gross proceeds raised, only $369m will actually be for the use of the company. So Shareholders will pay half a billion rand ($38m) for the pleasure of the bankers being able to parlay their risk. That’s extortionate in my mind. Of the $369m the company will actually receive, $135m will go towards paying down debt facilities, leaving the company $234m it can actually apply to things like operating and capital expenses. Based on some analysts’ estimates, this is barely enough to sustain one-year’s worth of capital expenditure, even on the revised production profile of the company which has been reduced for each of the three financial years to 2018. On a side note: Has anyone wondered how we got to the point where Lonmin’s short-term revolving credit and long-term loan facilities matured within one month of each other (in May and June 2016)?

4. Protect the PIC from itself. How the Public Investment Corporation (PIC) got talked into being prepared to not only take up its rights, but extend its risk to underwrite another 25% of the proposed offer (taking its potential total exposure to 32%) is quite stunning. The only plausible non-commercial reason for its involvement is that it is doing this to protect jobs. But the PIC’s biggest client is the gigantic Government Employees Pension Fund (GEPF) whose average member earns less than R15 000 a month.

PIC CEO Dr Daniel Matjila issued a statement regarding the institution’s support for the rights offer: “The Public Investment Corporation (PIC) has undertaken to support Lonmin’s capital raising exercise through its rights issue.  The PIC is of the view that the rights issue is the best possible approach to recapitalising the company in the current circumstances. Not supporting Lonmin would put the company at risk and it could potentially be harmful to the industry and the communities where Lonmin operates as well as the economy at large. The PIC will be underwriting its portion of the shares acquired through the rights issue. The PIC has further agreed to underwrite up to 25% of the total capital raise only in the event that there is no full subscription to the rights issue.  We have already expressed our view to Lonmin that the cost of the rights issue is high and have been informed that these include rolling the debt with banks, advisory on rights together with underwriting fees.”

Lonmin’s assets are marginal at best. So while the PIC’s offer is charitable, should they really be gambling public servants’ pensions on a company whose future – even should the rights offer proceed – is uncertain, and almost entirely tied to the fortunes of the rand/platinum price? So the GEPF, and by implication the PIC, needs to make up their mind as to whether they are an instrument of Luthuli House or the guardian of the financial well-being of the country’s public servants. You can’t be both.

5. The appalling lack of respect implied in the rights offer. Can you really look shareholders in the eye and demand more money in the way that the rights offer has been framed? Let’s try for a moment and get into the mind of a Lonmin shareholder. Barely three years ago the company came cap in hand to shareholders for $767m. In those “heady” days the share price was north of R30/share. The price subsequently fell to R3.84/share just prior to the details of the rights offer being announced. By effectively telling shareholders to invest another R9.84/share or have their investment written down to zero smacked of sheer arrogance. The share price performance has inflicted capital losses of monumental proportions on shareholders and now they must go triple or quits?

So in summary then: The BEE shareholders are unable or unwilling to assist. This makes the rights issue risky from an empowerment status point of view partly because the state has not been prepared to clarify the ‘once empowered, always empowered principle’.

The banks – JP Morgan, HSBC and Standard Bank – hold all the cards, but are demanding compensation that is excessive. The unions are completely unprepared to budge, even to the detriment of 6 000 of their members. Instead of retrenching 20% of the workforce, why doesn’t everyone agree to a 20% salary reduction – from the Chairman down?

No-one from the executive team has been fired or asked to leave. And the one stakeholder that is prepared to help – the PIC – shouldn’t really be carrying the exposure. So why should shareholders put up with this? The expectation that shareholders should cough up for the failing and intransigence of everyone else is appalling.

So tell them to think again. Vote against allowing the rights offer to proceed.

The author does not own, nor has ever owned, shares in Lonmin.