Agoa: Waiting for the Americans… 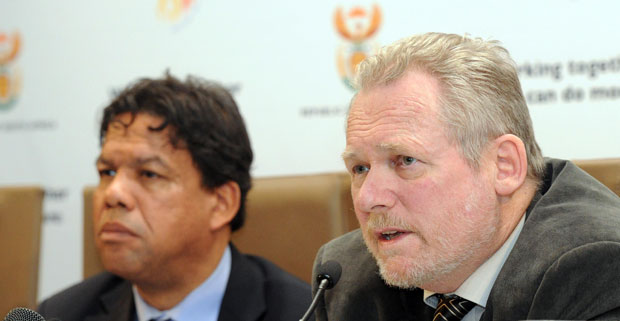 Three days after the expiry of an extended deadline, South African minister of Trade and Industry Rob Davies on Thursday announced that all outstanding matters relating to the country’s inclusion in the US Agoa trade concessions were concluded.

All relevant documents were signed by 11:30 that morning, which means that the South African market was open for US meat and poultry exports subject to agreed upon conditions.

This paves the way for the US to announce that South Africa would continue to benefit from the relaxation of trade conditions under the US African Growth and Opportunity Act (Agoa).

Davies indicated that he has not had any confirmation that such an announcement would be made, but ascribed that to the time difference between the two countries. He pointed out that the benefits have not been suspended since the extended deadline lapsed on December 4, which he said was a good sign.

He explained that South Africa has been benefitting from Agoa, but was subjected to an extensive out-of-cycle review to determine whether this should continue. Some US senators argued that the South African economy was too advanced to continue to qualify for Agoa benefits.

DID YOU MISS > SA and US resolve outstanding Agoa issues

He said the US requested South Africa to accommodate beef, pork and poultry exports from the US into the South African market and all the issues relating to this have now been resolved.

He said South Africa was awaiting formal indication from the US that South Africa’s Agoa benefits will continue and “trusts that they will do the right thing”.

According to a statement issued by the Department of Trade and Industry at the media briefing, South Africa has agreed to permit the unrestricted importation of shoulder cuts “after the US agreed to apply mitigation measures including the removal of risk material before exportation to South Africa”.

With regard to beef, South Africa earlier suggested a 90-day quarantine period for meat from livestock from countries outside the US, but slaughtered in that country. This has apparently not been accepted by the US, but the country has given guarantees that such products will comply with US domestic requirements for human consumption. According to the statement “South Africa has agreed to the assurances given by the USA”.

The two countries have agreed upon a protocol to manage the risk of transmission of Highly Pathogenic Avian Influenza (HPAI).

The last stumbling block in the negotiations was South Africa’s insistence on sampling each consignment of poultry for Salmonella and other conditions at the port of entry. The US requested South Africa to reconsider this.

“After intense negotiations, and the review of the USA food laws, South Africa has agreed to, for the first three months, risk profile all consignments imported from the USA export establishments.” The results during this period will be used to establish a risk profile that will inform sampling thereafter.

“The Department of Health will monitor these products after release from ports on entry,” it was stated.

Davies said the 65 000 tons of poultry that the parties agreed could be imported to South Africa per annum would be exempted from anti-dumping duties. It is however difficult to say in advance whether it will result in “cheap chicken” for consumers, since pricing is dependent on commercial agreements between the relevant parties.

AgriSA CEO Omri van Zyl welcomed the resolution and said Agoa offers an opportunity to South Africans to grow its current exports and diversify it at the same time. He said the news comes against the background of the worst drought in 30 years, during which South Africa will need all the trade partners it can get.

Van Zyl said the concessions South Africa had to made with regard to sanitary standards should be seen against the competitive advantage Agoa offers South Africa over other exporters. He said as long as the meat imports from the US are monitored properly, the concessions should not be problematic.