Forget The Rock and Bruce Willis. Middle-aged women are the real action heroes, according to the maker of a fast-paced feminist film pleasing crowds at the Cannes film festival. 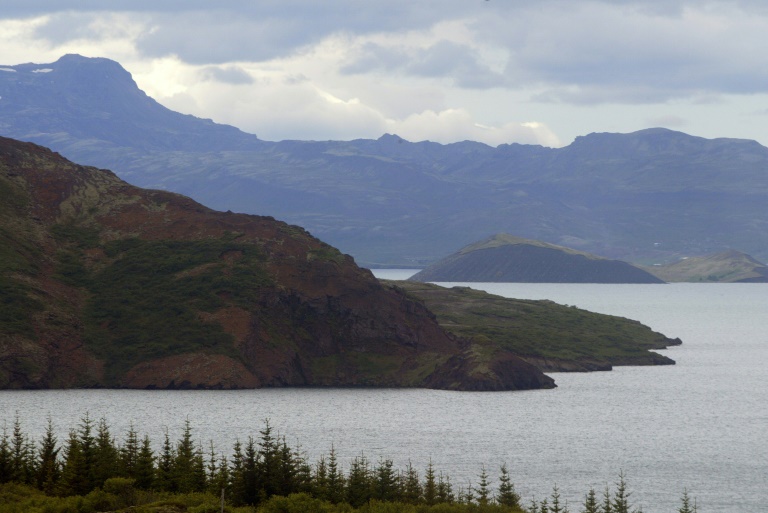 Worth fighting for: 'Woman at War' is a thriller about defending Iceland's pristine nature. AFP/MARCEL MOCHET

Forget The Rock and Bruce Willis. Middle-aged women are the real action heroes, according to the maker of a fast-paced feminist film pleasing crowds at the Cannes film festival.

Benedikt Erlingsson said there is nothing far-fetched about his action hero Halla, a broody choir director staring 50 in the face who becomes an eco-warrior in “Woman at War”, outrunning special forces units after sabotaging electric power lines.

“If you look at any environmental movement, or any activist group, you will find it is middle-aged women who really change the world,” he to AFP. “They are the committed ones. They get things done.”

The story of Halla’s David-and-Goliath battle with the Icelandic government and its military to save the island’s pristine highlands from aluminium smelting has delighted critics.

“Is there anything rarer than an intelligent feel-good film that knows how to tackle urgent global issues with humour as well as a satisfying sense of justice?” said Variety.

And it also won the first prize of the festival, the best script, at the end of Cannes Critics’ Week late Wednesday.

Jury chief Gerard Krawczyk called it a “moving and just film of enormous charm with a great central performance and a sharp sense of the absurd.”

Women — including the singer Bjork — have been at the forefront of the real-life struggle to save Iceland’s vast wilderness which has been threatened by dams for hydro-electric schemes.

And historically, Erlingsson argued, the most famous environmentalists in the country that elected the world’s first female president have been women.

In the film, the heroine Halla blows up pylons in between choir practice and takes on the identity of a figure from Icelandic legend, the “Woman of the Mountains”, to stop the government selling out to a Chinese multinational.

In several superhuman escapades, she runs for miles across bogs and mountains, covers herself with a dead sheep and hides inside a glacier to outwit helicopters and heat-seeking drones.

The authorities launch a huge woman-hunt — but Halla is always one step ahead every time.

The role has won actress Halldora Geirharosdottir glowing reviews. “We both did theatre together when we were children. Even then she was better than me,” Erlingsson told AFP.

– Most feminist film goes to a man –

In a year when the #MeToo movement has seen many movies featuring strong women at Cannes, the film has been called the most feminist of the festival — even though it was made by a man.

Erlingsson said that Iceland had a “strong matriarchy but it is not quite as feminist as many would like to think”.

Even so he is working on a new female-led film about the fight for gender equality through the ages that will range in time from antiquity to 2077.

“Women at War” is more than a mischievously funny feminist story, Erlingsson insisted.

He described the film as “mainstream fairytale about the crazy economics of the world we live in. Eighty-five percent of the hydro power in Iceland is being generated for foreign companies who do not even pay taxes,” he claimed.

“And then the aluminium smelters say they are saving the planet by using green energy from hydro,” he told AFP.

The director of the acclaimed “Of Horses and Men” said he got the idea after NATO chose environmental activists as the “enemy” for its last war games on the island.

Another quirky Icelandic drama, “The County”, from the lens of Grimur Hakonarson, whose film “Rams” won the Un Certain Regard prize three years ago at the festival, has also been snapped up by distributors from across the world at Cannes.