Alone in the dark with Hereditary

A horror lover's guide to survive Hereditary (because you really, really need to see this movie in 2018). 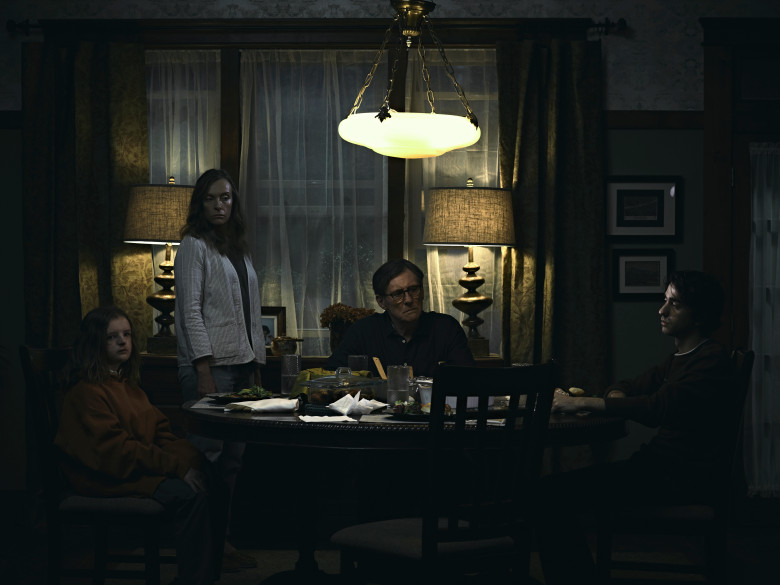 The Graham family in Hereditary. Picture: A24

As one of the writers on the Citizen’s Lifestyle team, I’m really lucky that I get to watch movies for a living. I love movies, so when I see a film arrive as highly rated as the horror film Hereditary, I just have to check it out.

I’m not really scared of anything (okay, maybe the thought of being served unwooded Chardonnay at a restaurant does creep me out a little) so when Hereditary opened on circuit June 15th in South Africa I sashayed into the cinema quicker than a Sandtonista presents her credit card at a Zara sale.

I was also alone in the dark at the film’s 10am screening, intensifying the experience even more – and really let me to piece together this article – because it helped me fall in love with, truly, one of 2018s best films.

You might have heard that Hereditary is a horror film, and is now considered one of the scariest films ever made. Now, as far as I’m concerned, a horror-lover is certainly the target audience of this film, it being called the scariest movie ever made makes it a turn-off for everybody else.

That’s sad, because Hereditary is brilliant. While it is certainly horrific, it’s core is actually family-drama and trauma – and how one generation can inherit its parents mistakes – and surprisingly the horror aspects of it really only plays out in Hereditary’s third act.

It’s excellent in terms of the way it’s constructed, how the narrative is pieced together and the mesmerising acting by Toni Colette (seriously – I’m practicing my best “can I speak to the manager” voice if she doesn’t win the Best Actress Oscar at the 2019 Academy Awards).

On top of that Hereditary delivers an ending that sticks with you hours after the reel ended, because under the guise of family drama Hereditary is about something else entirely – the mark of a good film. So, to vindicate Hereditary as one of the most unmissable films on circuit right now – and not just a horror – here are some things you need to know to about one of 2018’s best films.

When Ellen, the matriarch of the Graham family, passes away, her daughter’s family begins to unravel cryptic and increasingly terrifying secrets about their ancestry. The more they discover, the more they find themselves trying to outrun the sinister fate they seem to have inherited. It’s a film about family tragedy.

So Hereditary isn’t really that creepy in the beginning. In fact it starts really slow, and is honestly just about a family trying to deal with loss, and the cracks that emerge in your life when someone in your family dies. The film is paced in a way that allows you to invest in each character you meet on screen, and you the viewer, also find out what is really happening with them as it races into its final stretch. It makes Hereditary one of those mind-blowing movies like The Matrix or The Sixth Sense (hey that also starred Toni Colette as a mother) in the way it reveals information. You’ll be hard-pressed to find a film that will suck you into a story quite like Hereditary.

THE SOUNDTRACK IS BRILLIANT

Saxophonist Colin Stetson created the film’s bizarre soundtrack that is just as chilling as some of the visuals you’ll see. It again proves how truly important instrumentalists are when constructing an effective film. You can hear some of Stetson’s work in the Hereditary trailers and featurettes – but to truly appreciate it you need to watch the film. “There’s something deeply sinister about Colin’s horns,” says director Ari Aster.

“He’s not just playing the saxophone-he’s doing amazing things with circular breathing, multiphonics and percussive valve-work. I was listening to his solo albums New History Warfare 2 and 3 while I was writing  the script. For me, his sound was always inextricable from the movie.”

I really made a mistake watching Hereditary alone – as in alone in the cinema. The deep sense of dread that starts seeping into you as you realise what is actually going on would have been deflected if I had someone’s hand to clench or simply hold on to. But it also would have been great to hear someone else whimper in the cinema as the story unfolds – just so I didn’t feel so utterly alone. The film also needs to be discussed with someone, and without someone seeing it they just won’t understand the truly masterful film you just experienced. Giving away too much of the plot and writing a spoiler-free review for this film is almost impossible – you have to see it with someone to talk about it – and you’ll want to talk about it.

IT IS SCARY, BUT NOT WHY YOU THINK

Many people hate jump-scares, and right now much of horror is defined by it. Hereditary does serve you a scare or two – but they’re remarkably different. Ari Asker uses wide-shots and closeups expertly, and during one of the films biggest reveals, you actually know what is going to go bump in the night even before it happens. Then when it happens, it’s even worse because it doesn’t happen the way you expected it. The frames are filled with details that you take a while to find and that’s where some of the most effective scary bits stem from. If you hate jump scares, Hereditary simply doesn’t rely on them to really mess with the audience.THE ENDING IS UNSETTLING… BUT

Some of Hereditary’s last few scenes are so bone-chilling because you will see things you really feel like you shouldn’t. Not because it’s that gory, but because it feels so unbelievably real. That is because you just watched a film about people finding out where they are from and what their purpose was. The last few minutes are so intense because you walked the road with these people.

Think of it almost like the build-up in the last minutes of The Blair Witch Project, but instead you’re given all the information to realise how incredibly well-written and shot the film is. It ties together each frame from the film’s start to its ending. It’s film-making you don’t experience often – and when you do you need to see it in a cinema, where the effects washes over you much more effectively.
Hereditary is an unmissable film that you simply have to see, no matter how scared you think you’ll get.

REVIEW: Is 'Happiness Ever After' worth the watch?
2 weeks ago
2 weeks ago

REVIEW: Is 'Happiness Ever After' worth the watch?
2 weeks ago
2 weeks ago