WATCH: This car guard video by Themba Robin will make your Friday

You may have seen Themba Robin in a few skits he released last year from his series titled 'Lockdown is Lekker'. 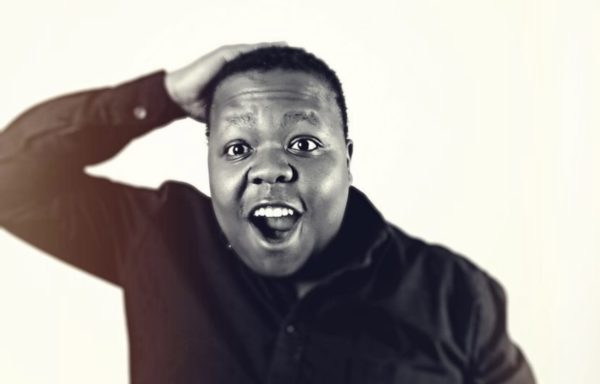 South African voice over artist and actor Themba Robin has created a funny skit that sheds light on the awkward encounters South Africans have with car guards.

You may have seen Themba Robin in a few skits last year during the big Covid-19 lockdown as part of his lockdown series, Lockdown is Lekker.

The comedian has recently released another hilarious skit that shows the awkward yet funny encounters most South Africans have with car guards when they are heading to their cars to leave a parking lot.

In the video, Themba has just left what seems to be a mall or shopping centre and is carrying a shopping bag from Woolworths.

Just before heading to the parking lot, Themba opens his wallet to check if he has any money for the car guard but realises he has none.

Themba attempts to walk from the shopping centre to his car  without being seen by the car guard, played by Matthew Berry.

Themba ducks and dives behind a row of cars, while the car guard is facing a different direction, counting some coins he has received from other drivers.

Just as Themba is about to reach his car, he pulls out his car keys and clicks the button to unlock the car. Unfortunately for him, the car guard hears the car unlock and runs to the car.

Themba tries by all means to rush to his car and get in without having to engage with the car guard, or having to disappoint the car guard by telling him he has no money. All fails as he is trying to reverse his car and looks in the rear view mirror to find the car guard standing directly behind him, ready to assist Themba with reversing.

Then there’s a nice punchline which we won’t spoil for you.

The humorous skit ends off with a very important message: “Pay your parking lot executives, it’s the right thing to do.”