The Beach Boys were one of the biggest pop groups of all time. 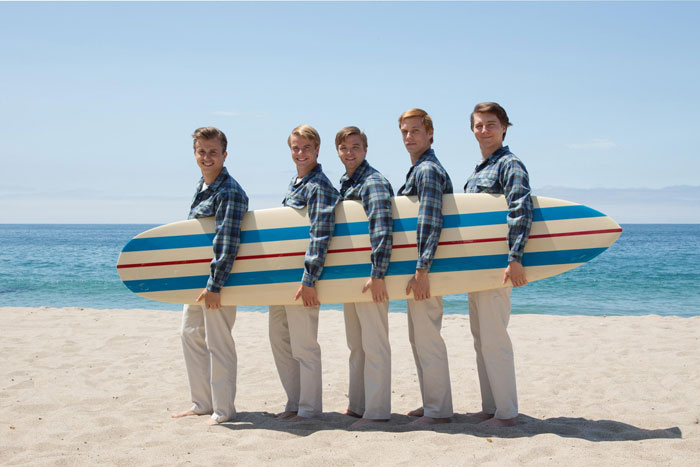 Producers even tried a Broadway musical a few decades ago that I had the misfortune of attending, but it was a total flop and disappeared without a trace. Therefore it was with some reluctance that I approached the film version of their lives – but rest assured, it is a courageous, compassionate and often remarkable piece of work that deserves to be seen. Many readers might be big fans of the Beach Boys’ music. I, for one, grew up on California girls, Barbra-Ann, Cotton Fields and, what I regard as their best song, Good Vibrations. You might think this film is only a celebration of their music.

Of course it is partly an appreciation of their unique sound that formed and influenced a generation. But there was a darker side to the surfer boys, especially their lead, Brian Wilson – and this is the main focus of the film. He had a few psychotic episodes since childhood and the film delves into the reasons for his sometimes odd behaviour, pays tribute to his genius and shows how his therapist, Dr Eugene Landy, drove Wilson to near destruction.

Landy had such a powerful emotional hold over Wilson it is almost incomprehensible that nobody reacted earlier. And it is this aspect that the film examines fearlessly. There is no whitewashing or an attempt at justification of Wilson’s behaviour, simply an analysis of what went wrong and how Landy abused his position and fed Wilson medication that aggravated his neurosis.

Everything changed for the better when the singer met Melinda Ledbetter, played with radiance by Elizabeth Banks – an actress (and also director) who doesn’t seem to ever put a foot wrong. She quickly identified the therapist’s destructive influence and played a leading role in Wilson’s recovery.

The film provides a new version of the Beach Boys’ careers. It will haunt you hours after you’ve seen it. Strongly recommended.