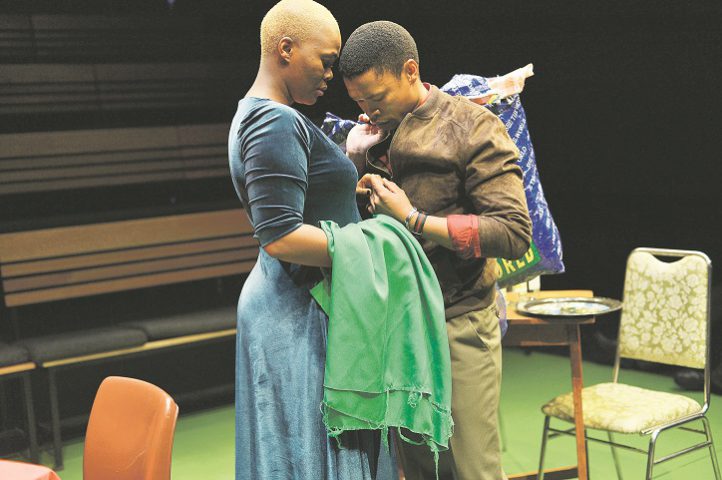 Directed by actor James Ngcobo, Nongogo’s cast includes Zikhona Sodlaka as Queenie, Vusi Kunene as Sam, Zenzo Ngobe as Johnny, Peter Mashigo as Blackie and Bongani Gumede as Patrick – and this star-studded entourage alone proves to be an award-winning act.

Queenie runs a shebeen and inherently just wants to be accepted and loved, but she’s never experienced true love. She sees a potential romance in material salesperson Johnny, who walks into her shebeen to sell his wares.

A mere compliment about her smile gets her heart racing. She’s never been complimented before and it’s foreign to her.

Johnny, who struggles with intimacy and human connections, becomes her love interest. He expects to be accepted as he is, but can’t do the same for her.  Perhaps a social comment on the hypocritical nature of men when it comes to policing and not accepting the sexual misdeeds of women.

The play is one of Fugard’s earliest works and his honesty about how some women are seen as soiled in society resonates deeply with female audiences. International movements such as “slut-shamming” having emerged from social media to speak for women tired of being dictated to about how to treat their bodies. 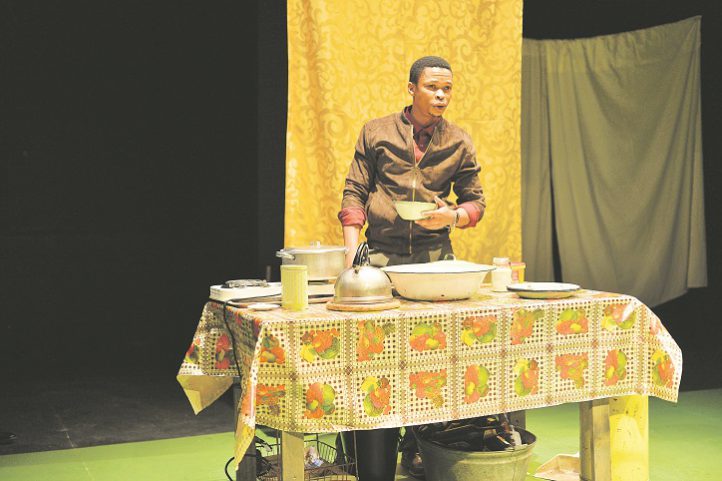 This production, which goes to the heart of injustice of policing female sexual behaviour, is far ahead of its time as it was originally set in the 1950s.

Queenie constantly has to justify to the male characters why she had to sell her body to earn a living.  Even though these men are reaping the financial rewards of her doing so, they still see her as their possession.

She wants to clean up her life, but she’s hindered by two characters who are deeply rooted in her past.  The first is her friend and former business partner, Sam. The second, Blackie, is a homeless hunchback she rescued off the streets.

It’s revealed that Blackie is faking his disability, perhaps as a way to keep Queenie in his life by playing on her sympathy for him.

Both Sam and Blackie seem to be deeply infatuated with Queenie, each in their own sinister and possessive way and both will do whatever it takes to keep her.

The other character, Patrick, the biggest customer of the shebeen and the town drunkard, played by Gumede of Isibaya, fame, lives off Queenie’s shebeen, but is always willing to remind her and anybody listening of her dubious past. 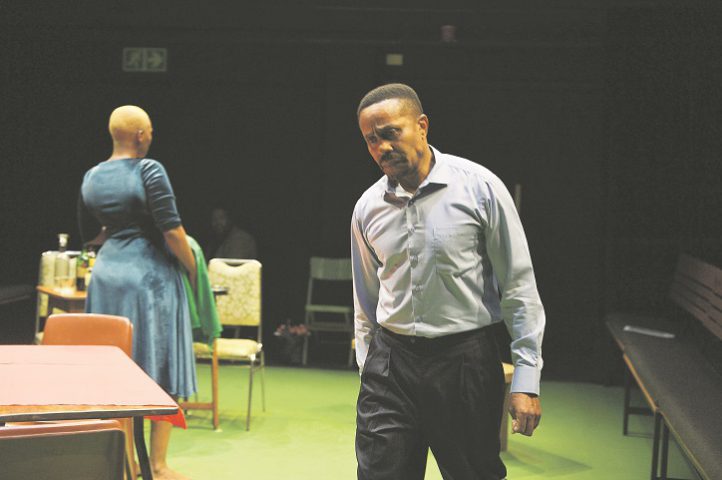 This goes to show how Queenie’s allies are in fact her downfall, as is often the case with any woman who wants to reinvent herself. There’s a sense that Fugard is commenting about letting go of the past in order to progress.

Queenie is locked into a life of misery because she struggles to let go of Sam, who constantly reminds her of the gutter she came out of and the physical violations she has suffered. He reminds her daily of her past as he drops off cases of alcohol for her business.

Aside from the physical scars she’s dealing with, there is an even deeper mental entrapment that she can’t escape. Sam plays mind games with Queenie as he used to be her pimp and he refuses to let go of her.

Notes from a legend: Pieter-Dirk Uys, the king of protest theatre
5 months ago
5 months ago

Notes from a legend: Pieter-Dirk Uys, the king of protest theatre
5 months ago
5 months ago