Jackie Phamotse has made the shift from writing about blessers, transactional sex and sex clubs to penning fictional tales for children. 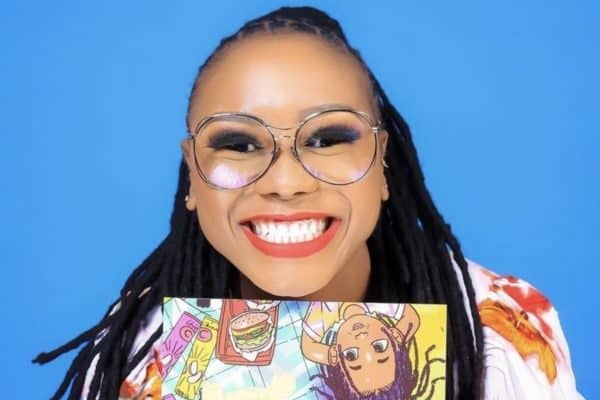 The author of the well-known and explosive tell-all novel, BARE: The Cradle of the Hockey Club, Jackie Phamotse has branched out to a different market in the publishing scene and has recently released a series of children’s books.

The South African author took to social media on Wednesday to reintroduce herself as a children’s book author and to announce that her series of children’s book are available in book stores.

“Allow me to reintroduce myself! My name is Jackie Phamotse and I am also a children’s author. The joy of creative freedom. Over the years I have taken a strong stance on my social justice activism, I have dedicated my writing to empowering and changing the way we see the world,” said the author in her caption.

Phamotse then revealed that the new titles, as well as her debut novel, were all funded and published by her because nobody else believed in her and her literary work as an author.

“Today I can add three kids book titles to my name, taking the number of books I have authored to [eight]. All of this started with Bare: The Blessers Game, no one believed in me, hence all of my books are self-funded and self-published to date. Yes, I continue to risk it all to build my own story, to change the wheels of our generation,” added Phamotse.

The writer made headlines with the release of her controversial BARE: The Blesser’s Games book series where she exposed the dark and secretive lives of blessers, sugar daddies, sugar babies, slay queens, and also addressed serious societal issues such as rape, mental health and the brokenness of family structures.

Many people criticised Phamotse as well as her novels, and also attempted to discredit the retelling of her rape ordeal which was included in her novel, after she said her books were based on true stories.

In April she took to social media to announce that she had scored herself a Netflix deal to have her debut novel made into a Netflix Original movie.

“Reading my movie manuscript is wild! Seeing my name and Sabelo together is insane! This guy worked on all the SA hits on Netflix! How do I have him on my team? God, you heard my cries! I’m in disbelief man! Oh, still can’t say anything about auditions etc. I’m already in trouble,” said Phamotse.