In what can be dubbed as a happy ending, Bonang Matheba’s former make-up artist, Muzi Zuma has been paid the R25 000 that has been owed to him for over six months. 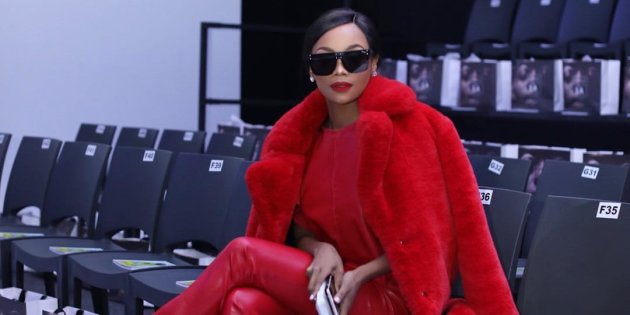 As reported earlier this week, Bonang found herself making headlines for all the wrong reasons after Muzi took to Twitter to call her out for allegedly giving him the run-around for six months.

According to reports Muzi was contracted to do Bonang’s make-up for the 24-day KFC Taste Kitchen Show shoot, and was promised payment when it ended in July. However, up until Thursday Muzi was apparently sent from pillar to post and had almost given up hope.

TshisaLIVE reported that fingers were pointed between Bonang’s old and new pr teams, while Muzi remained out of pocket.

Now the publication reports that the owner of DNA Brand Architects, Sylvester Chauke (Bonang’s former PR firm) decided to pay Muzi out of his own pocket.

“I have decided to settle Muzi’s outstanding cost. I have utmost respect for Muzi and his work and through DNA, we have done some great work. With this back and forth, at the core, is a young man who is trying to build and grow his business and I thought it important to settle the matter on his behalf,” he said.

Muzi told the publication that this was an answer to his prayers.

“My prayers were answered through Sylvester. I had accepted that I’d never get it. I was with my mom when Sylvester called and we both burst into tears. What he did was selfless,” he said.

Meanwhile, Bonang has been living her best life in Cape Town and it has even been speculated that she could soon be buying a vineyard.