Stella passed on a few days after her wedding.

The episode aired the story of Stella and David, who met at their mutual friend’s house in 2015.

According to Mzansi Magic, David was there to help his friend fit his new stove on the same day Stella happened to be visiting her friend.

While it was love at first sight for David, Stella was not interested at first despite her friend’s assurance that he was a good guy.

Stella was going through a “messy” divorce at the time.

After a failed date, in which Stella did not pitch, they bumped into each other at a mall and David called her “my wife”. That was when their relationship began.

The couple shared both their ex-partners were “quite the problem” in the beginning, though they managed to deal with it.

The episode received positive reviews from viewers, who said the couple’s wedding was perfect.

They were, however, saddened to hear Stella died shortly after filming the episode and condolences have been pouring in.

“We were saddened to hear that our bride passed on shortly after the filming of this episode. Our deepest condolences go to her husband, family and friends. Rest in peace, Stella Malebye,” said Mzansi Magic.

Watch a short clip of their vows below:

These were some of the messages on social media:

We were saddened to hear that our bride passed on shortly after the filming of this episode. Our deepest condolences go to her husband, family and friends. Rest in Peace, Stella Malebye. #OurPerfectWedding https://t.co/2trShv5Ypc pic.twitter.com/3pKgWk3EGo

I didn't eat at my wedding and people saw that but I didn't care. There was a lot at stake. We asked a friend to get us KFC instead. There are people who don't want to see you progress in life (family)Not even a cake????. May her precious soul rest in peace ????#OurPerfectWedding

I went to bed and woke up still shattered about yesterday’s episode???? #OurPerfectWedding

Just came across a short video of yesterday's episode of #OurPerfectWedding on YouTube this story hurts yoh????

Last night's episode of #ourperfectwedding really broke my heart, I woke up ndisayicinga ????

#OurPerfectWedding Most South Africans are shocked, sending condolences to family and friends of Stella Malebye.
I do not wish this pain to anyone, after getting married and you don't get to even watch the episode with your partner. Rest In Peace and may family find healing.

There was an episode on #OurPerfectWedding where Mr&Mrs weren’t served food by the caterer. The presenter was so shocked gore batho ba timiwa dijo lenyalong la bona and the caterer said that the bride and groom don’t eat at their wedding. I fully understand now. 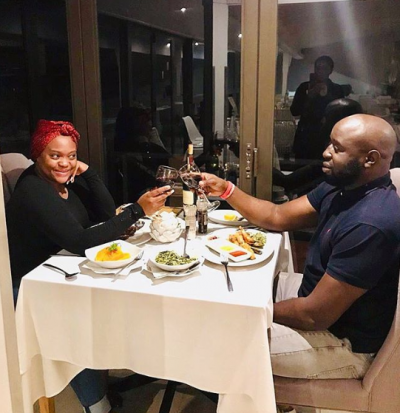